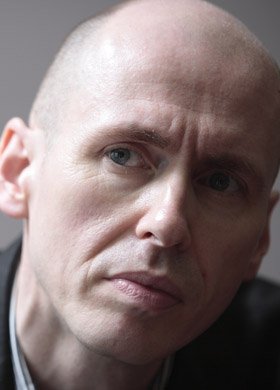 David Peace – named in 2003 as one of Granta’s Best of Young British Novelists – was born and brought up in Yorkshire. He is the author of eleven novels including the Red Riding Quartet, adapted for television by Channel Four in 2009, GB84, which was awarded the James Tait Black Memorial Prize, The Damned Utd, Red or Dead, which was shortlisted for the Goldsmiths Prize in 2013, and most recently Tokyo Redux. He lives in Tokyo.

Tom Benn’s first novel, The Doll Princess, was shortlisted for the Dylan Thomas Prize and the Portico Prize, and longlisted for the CWA’s John Creasey Dagger. Benn’s creative nonfiction has appeared in the Paris Review and he won the BFI’s iWrite scheme for emerging screenwriters. His first film Real Gods Require Blood premiered in competition at the Cannes Film Festival and was nominated for Best Short Film at the BFI London Film Festival. Originally from Stockport, he teaches on the UEA Crime Fiction Creative Writing MA and lives in Norwich.