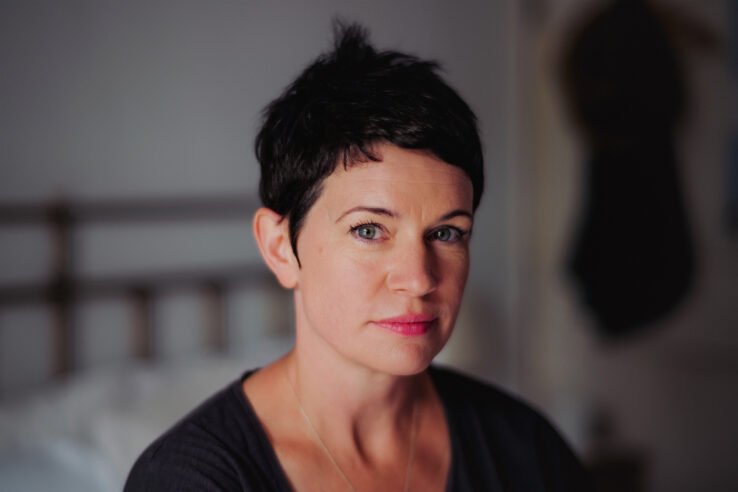 Contributors to the new publication, Reverse Engineering, including Faber's Sarah Hall, will disassemble their work with fellow contributor Chris Power to reveal the processes, instincts and ideas behind the construction of their perfect short stories.

The London Library is partnering with the newly formed Scratch Books, to launch their very first publication, Reverse Engineering, an innovative anthology revealing the inspiration, the ideals and the work involved in crafting a great short story.

Reverse Engineering brings together contemporary classic stories by some of the best writers working in the form today, alongside interviews with those writers about how their stories were written.

Contributors to the book, Jessie Greengrass, Sarah Hall, Jon MacGregor and Irenosen Okojie disassemble their work with fellow contributor Chris Power to reveal the processes, instincts and ideas behind the construction of their perfect short stories.

’An anthology to inspire and encourage anyone who reads it.’ Colin Barrett

Sarah Hall has won the BBC National Short Story Award twice and has published several short fiction collections, including Sudden Traveller. Her first novel Haweswater won the 2003 Commonwealth Writers’ Prize for Best First Novel, her second, The Electric Michelangelo, was shortlisted for the Booker Prize and The Carhullan Army won the John Llewellyn Rhys Prize. Her most recent novel is Burntcoat.

Jessie Greengrass’s collection of short stories, An Account of the Decline of the Great Auk, According to One Who Saw It, won the Edge Hill Prize 2016 and a Somerset Maugham Award. Her critically acclaimed debut novel, Sight, was shortlisted for the Women’s Prize for Fiction 2018 and her latest novel, The High House, was shortlisted for the 2021 Costa Novel Award.

Jon McGregor has been shortlisted twice for the BBC National Short Story Award and nominated three times for the Booker Prize for novels including his debut, If Nobody Speaks of Remarkable Things, which also went on to win the Betty Trask Prize and the Somerset Maugham Award. Even the Dogs won the International Dublin Literary Award in 2012, and Reservoir 13 won the 2017 Costa Book Award. His latest novel is Lean Fall Stand.

Irenosen Okojie’s short story collections are Speak Gigantular, which was shortlisted for the 2016 inaugural Jhalak Prize and the 2017 Edge Hill Short Story Prize and Nudibranch, longlisted for the Jhalak Prize 2020. The story ‘Animal Parts’ was nominated for a 2016 Shirley Jackson Award. The story ‘Grace Jones’ won the 2020 AKO Caine Prize for African Writing. Her debut novel, Butterfly Fish was a recipient of a 2016 Betty Trask Award and her latest novel, Curandera, will be published by Dialogue Books in 2022. She was awarded an MBE for services to literature in 2021.

Chris Power is the author of a novel, A Lonely Man and a collection of short stories, Mothers, which was longlisted for the Rathbones Folio Prize and shortlisted for the Edge Hill Short Story Prize.

Scratch Books are a new publishing house dedicated to the craft of short stories.

N.B. This event will take place in person at The London Library with limited capacity and in alignment with up-to-date government COVID recommendations. Please head to The London Library website to read more about Event Access and COVID Guidelines before you arrive. Doors (and the bar) open at 7.00pm for a 7.30pm start. The event will be livestreamed through YouTube from 7.30pm and will be available to watch live or at any time after the event, using the same link.