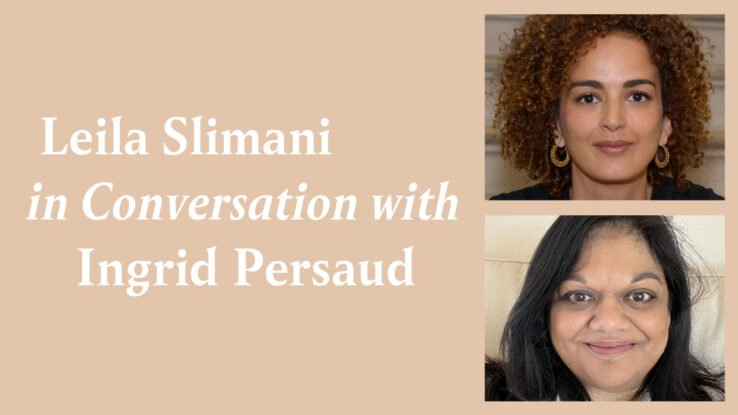 Leïla Slimani
Join us for a very special online event with international bestselling author Leïla Slimani to celebrate the paperback publication of The Country of Others.

Join or Sign In To Unlock Learn More About Faber Members
Location
Online
Date
13.06.2022
Time
7:00 pm
About the Event

Join us for a very special online event with international bestselling author Leïla Slimani to celebrate the paperback publication of The Country of Others, the first volume of a new trilogy telling the saga of one French family between 1946 and 2016. Leïla will be in conversation with Ingrid Persaud, award-winning author of Love After Love.

From ‘one of literary France’s brightest stars’ (The Times), an enrapturing novel following the story of Mathilde, a young bride who leaves France in 1946, only to discover a life stranger – and harder – than she ever could have imagined.

1944. After the Liberation, Mathilde leaves France to join her husband in Morocco.But life here is unrecognisable to this brave and passionate young woman. Her life is now that of a farmer’s wife – with all the sacrifices and vexations that brings. Suffocated by the heat, by her loneliness on the farm and by the mistrust she inspires as a foreigner, Mathilde grows increasingly restless. As Morocco’s struggle for independence intensifies, Mathilde and her husband find themselves caught in the crossfire.

Ingrid Persaud was born in Trinidad. Her debut novel, Love After Love, won the Costa First Novel Award 2020 and the Author’s Club Best First Novel Award 2021. She also won the BBC National Short Story Award in 2018 and the Commonwealth Short Story Prize in 2017. She read law at the LSE and was an academic before studying fine art at Goldsmiths and Central Saint Martins. Her writing has appeared in several newspapers and magazines including Granta, Prospect, Five Dials, the Guardian and National Geographic.

Leïla Slimani is the author of Adèle, Sex and Lies and Lullaby, which made Slimani the first Moroccan woman to win France’s most prestigious literary prize, the Prix Goncourt. A journalist and frequent commentator on women’s and human rights, she is French president Emmanuel Macron’s personal representative for the promotion of the French language and culture. Born in Rabat, Morocco, in 1981, she lives in Paris with her French husband and their two young children.

Read More
About the Author
Buy the Book The Country of Others
Leïla Slimani
£8.99

The first volume of a new trilogy telling the saga of one French family between 1946 and 2016.