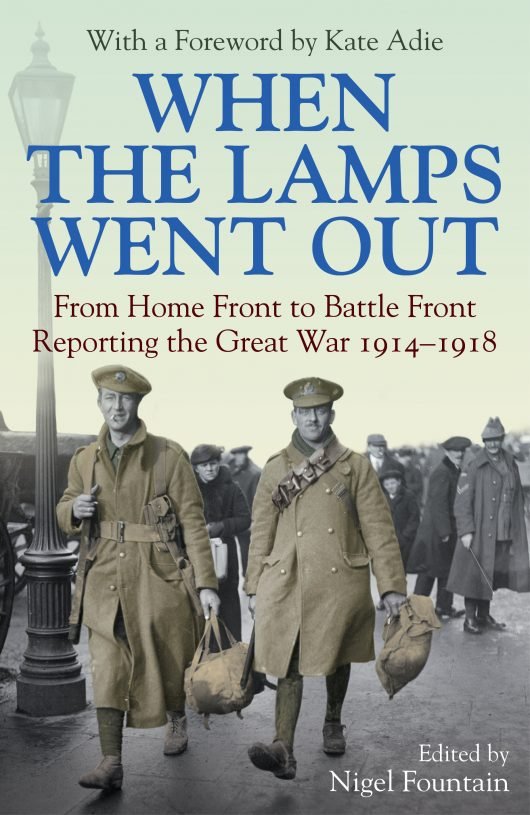 Drawn from the Guardian‘s coverage of the first world war, Nigel Fountain’s When the Lamps Went Out: Reporting the Great War 1914-1918 portrays a society in cataclysm and proves the adage that journalism is the ‘first draft of history’.

Format
Hardback
ISBN
9781783350414
Date Published
15.05.2014
Delivery
All orders are sent via Royal Mail and are tracked: choose from standard or premium delivery.
Summary

The lamps are going out all over Europe; we shall not see them lit again in our life-time.’
Sir Edward Grey, British foreign secretary, 3 August 1914

When the Lamps Went Out presents a surprising, immediate, sometimes humbling, sometimes uplifting insight into what British society was reading about, and thinking, during the Great War.

Journalism catches the moment, at the moment, and these stories drawn from the Guardian archive stretch across the century as signals from a lost world. We see Boy Scouts patrolling the British coasts, David Lloyd George addressing women war workers, Charlie Chaplin impersonators on the Euston Road and Vesta Tilley at the Ardwick Empire. We see suffragist nurses on the Western Front and Bolsheviks in Glasgow, Pathan soldiers in Flanders and Anglo-Japanese armies in China. We read of new technologies -from picture houses to gas weapons, as well as John Buchan’s best-sellers. We see small countries saved – and aliens persecuted.