House of Fun: 20 Glorious Years in Parliament is a bumper collection of the late and much-loved Simon Hoggart’s finest and funniest sketches written since he took up the poisoned quill twenty-one years ago.

Format
Paperback
ISBN
9781783350285
Date Published
09.01.2014
Delivery
All orders are sent via Royal Mail and are tracked: choose from standard or premium delivery.
Summary

Read about how John Major learned the English language from his time in Nigeria. There is Tony Blair, with his verb-free sentences which imply everything and promise nothing. Gordon Brown, the grumpiest prime minister of recent years, both Stalin and Mr Bean. And now David Cameron – who really, really hates being drawn with a condom on his head.

Let’s not forget John Prescott, who can wrestle the English language to the mat and win by two falls to a submission, Michael Fabricant with his hairpiece stolen from the tail of a My Little Pony, Sir Peter Tapsell, a grandee so grand that
when he rises to speak, Hansard writers are replaced by a crack team of monks to write up his words in illuminated lettering. Nick Clegg, with his default expression of a man’s whose children’s puppy is still missing. And of course,
the famous 2010 press conference in the garden of Downing Street, a love-in that would have been illegal in 44 American states.

This book, the best of Simon Hoggart’s political sketchwriting, will have you laughing, chuckling, roaring, sniggering, and sometimes despairing. It is instant history with added jokes. 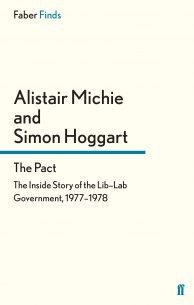 In 1977 Prime Minister James Callaghan and Liberal leader David Steel struck a constitutional deal, by which the Labour government could… Thinking About It Only Makes It Worse
David Mitchell
£9.99 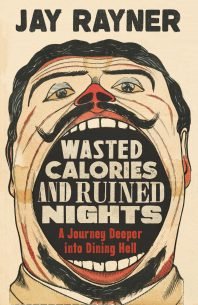