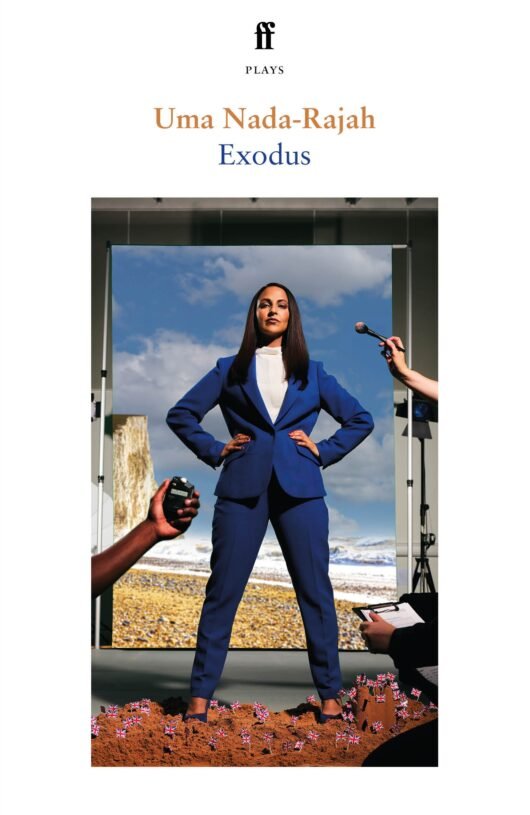 Uma Nada-Rajah’s debut full-length play premiered at the Traverse Theatre, Edinburgh, presented by National Theatre of Scotland, as part of the Made in Scotland Showcase, August 2022.

Format
Paperback
ISBN
9780571380527
Date Published
04.08.2022
Delivery
All orders are sent via Royal Mail and are tracked: choose from standard or premium delivery.
Summary

You’re Moses. Napoleon. Beyoncé.
Let’s get this image right.
Asiya Rao standing defiantly against the influx of illegals.
The bold, refreshing antidote to the paralytic woke brigade.
The leader this country so desperately needs.

In her bid to become the country’s leader, Home Secretary Asiya Rao prepares to make a major policy announcement that will establish her as the front runner of the political race. Alongside her cut-throat and calculating advisor Phoebe, she embarks on a publicity stunt starting with a photo shoot by the white cliffs of Dover. But rather than the tide washing her reputation clean, something else washes up…

An omen or an opportunity? The women are determined to keep their eyes on the prize, no matter the cost.

Uma Nada-Rajah’s debut full-length play premiered at the Traverse Theatre, Edinburgh, presented by National Theatre of Scotland, as part of the Made in Scotland Showcase, August 2022.

Uma Nada-Rajah was a member of the Young Writers’ programme at the Traverse Theatre and a recipient of a New Playwrights’ Award from Playwrights’ Studio Scotland. She is a graduate of École Philippe Gaulier and was recently the Starter Female Political Comedy Writer-in-Residence at the National Theatre of Scotland. She is currently under commission to the Almeida Theatre as a… 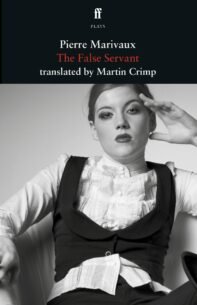 Martin Crimp’s version of Pierre Marivaux’s The False Servant received its premiere at the National Theatre, London, in 2004 and was revived at… 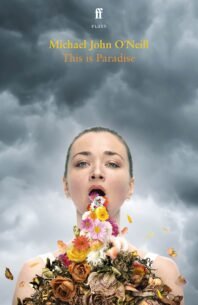 This is Paradise by Michael John O’Neill speaks in a fierce and powerful voice. With brutal lyricism, it examines the legacy of…

This is Paradise
Michael John O’Neill
£9.99 A queer urban fable about passion, power and photosynthesis and a contemporary thriller with ancient roots, Rafaella Marcus’s Sap, her first… 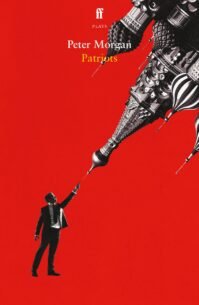 If the politicians cannot save Russia, then we businessmen must. We have not just the responsibility but the duty to become… Dipo Baruwa-Etti’s inspiring new play about the pressures of being young, gifted and ready to change the world premiered at Roundabout…