This sensational 1941 memoir of life on wartime Europe’s frontline by a trailblazing female reporter is an ‘unforgettable’ (The Times) rediscovered classic.

Format
Paperback
ISBN
9780571367559
Date Published
20.10.2022
Delivery
All orders are sent via Royal Mail and are tracked: choose from standard or premium delivery.
Summary

This sensational 1941 memoir of life on wartime Europe’s frontline by a trailblazing female reporter is an ‘unforgettable’ (The Times) rediscovered classic, introduced by Christina Lamb.

Paris as it fell to the Nazis
London on the first day of the Blitz
Berlin the day Germany invaded Poland
Madrid in the Spanish Civil War
Prague during the Munich crisis
Lapland as the Russians attacked
Moscow betrayed by the Germans
Virginia Cowles has seen it all.

As a pioneering female correspondent, she reported from the frontline of 1930s Europe into WWII always in the right place at the right time. Flinging off her heels under shellfire; meeting Hitler (‘an inconspicuous little man’); gossiping with Churchill by his goldfish pond; dancing in the bomb-blasted Ritz … Introduced by Christina Lamb, Cowles’ incredible dispatches make you an eyewitness to the twentieth century as you have never experienced it before.

Cowles was brave, brilliant, and everywhere it mattered ... One of the most exciting journalists of the 20th century.

The intrepid Cowles experienced it all ... One of the truly great war correspondents of all time, she describes everything magnificently.

A brilliant describer with an uncanny ability to be present in the right country when it falls into the abyss ... One of the most atmospheric war descriptions I’ve read ... Unforgettable.

I was blown away ... An astonishing ability to paint a scene and transport the reader ... The Forrest Gump of journalism.

An amazingly brilliant reporter ... One of the most engrossing [books] the war has produced in all its diverse richness of drama and compassion and penetration and wit.

Bold, tenacious and tireless ...A reminder of how excellent a reporter she was ... Hard to put down. 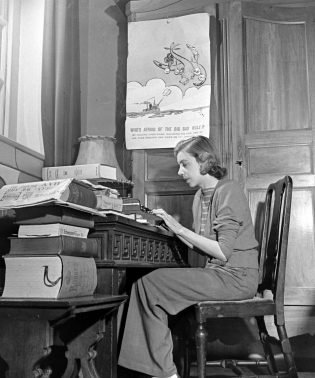 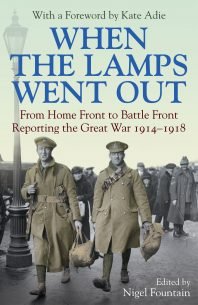