Format
Ebook
ISBN
9780571362356
Date Published
30.06.2020
Delivery
All orders are sent via Royal Mail and are tracked: choose from standard or premium delivery.
Summary

‘A master at creating and handling tension … I was fascinated from the start.’ Wilbur Smith

David Mountolive, a young English diplomat, has been obsessed with Egypt ever since a youthful love affair. Returning to Alexandria as British Ambassador just before World War Two, he unravels an intricate political and religious conspiracy – one that connects a web of wildly different characters, including an exiled schoolteacher and glamorous Egyptian couple. Mountolive gradually exposes the sinister underbelly of these tangled relationships, their deceptions and betrayals mirroring the explosive turmoil of the modern Middle East – and the result is Durrell’s most cinematic masterpiece.

‘A masterpiece … Don’t be fooled by the richness of the prose, the depth of the passions … Wicked and funny.’ Guardian 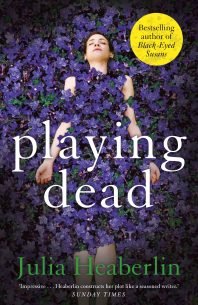