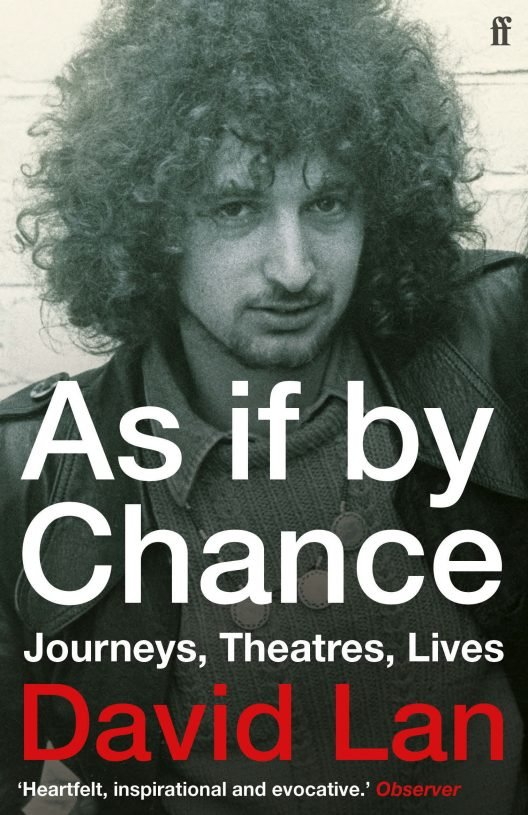 As if by Chance

Format
Paperback
ISBN
9780571357802
Date Published
03.06.2021
Delivery
All orders are sent via Royal Mail and are tracked: choose from standard or premium delivery.
Summary

David Lan evokes a unique theatre of life. Sometimes hilarious, always deeply felt we travel with him to Peter Brook’s Paris, to Chekhov’s Yalta, to Lithuania in search of his great grandparents, to Broadway for the Tony Awards. There’s escaping the South African army, the Royal Court in the 90s, spirit mediums in Zimbabwe. And his years running the Young Vic, drawing in great artists such as Ivo Van Hove, Jude Law, Gillian Anderson, Stephen Daldry and shows such as Yerma, The Jungle and The Inheritance.

‘He is the Chagall of theatre, hurtling over his colourful life and the world, his shirt flying, dreaming on behalf of humanity.’ Fiona Shaw

'Lan’s writing glows with his humanity and skill, with his literal worldliness, as he patches together into one narrative all the many lives he has led . . . arranged in delightful disorder and written with the playwright’s flair for dialogue. Memories are not narrated so much as displayed through reconstructed conversation, as if Ivy Compton-Burnett had written a memoir: everything is shown, nothing is told. Lan’s ear for different modes of speech is brilliant. To read the book is to swim in someone else’s memory, unsure what is real, and what has been damaged or retinted by the passage of time, and by the memoirist’s ability to dramatise . . . Lan is linking memory with theatre, and theatre with life.'

'A zigzagging meditation on the peculiar knottiness of theatre and the processes by which it is made ... Switching between dreamy impressionism and a fierce specificity, it's a searching account of a varied life.'

'It is a classic, deeply enjoyable and honest account of how ground-breaking international hits are brokered and how theatre in England gave a gay, South African, Jewish exile a home-base.'

David Lan was born in Cape Town. He has lived in London since 1972. His plays have been produced by the National Theatre, the Royal Court, the RSC and the Almeida. He has published an ethnography Guns and Rain: Guerrillas and Spirit Mediums in Zimbabwe. He was writer in residence at the Royal Court 1995 to 1997 and artistic director…