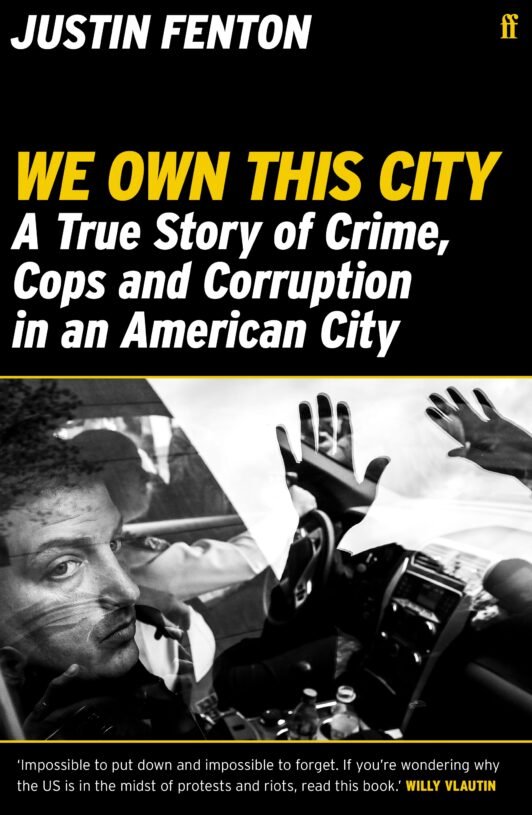 We Own This City (Hardback)

In his debut book, Pulitzer Prize-nominated reporter Justin Fenton adds to the line of classic true crime writing with the story of ‘one of the most startling police corruption scandals in a generation’ (New York Times).

Format
Paperback
ISBN
9780571356614
Date Published
25.02.2021
Delivery
All orders are sent via Royal Mail and are tracked: choose from standard or premium delivery.
Summary

Baltimore, 2015. Riots were erupting across the city as citizens demanded justice for Freddie Gray, a twenty-five-year-old black man who died in police custody. At the same time, drug and violent crime were once again surging.

For years, Sgt Wayne Jenkins and his team of plain-clothed officers – the Gun Trace Task Force – were the city’s lauded and decorated heroes. But all the while they had been skimming from the drug busts they made, pocketing thousands in cash found in private homes and planting fake evidence to throw Internal Affairs off their scent. Because who would believe the dealers, the smugglers or people who had simply been going about their daily business over the word of the city’s elite task force?

Now, in light of their spectacular trial of late 2018, and in a work of astounding reportage and painstaking self-discovery, Justin Fenton has pieced together a shocking story of systemic corruption.

In We Own This City, Justin Fenton has produced a work of journalism that not only chronicles the rise and fall of a corrupt police unit, but can stand as the inevitable coda to the half-century of disaster that is the American drug war.

Jaw-dropping ... makes 'The Wire' look tame by comparison . . . the book is journalistic in the best sense, relaying complex information with exemplary clarity and telling the story at a hell of a lick, conveying its drama without recourse to camping or ramping.

If you want a better understanding of policing problems in the United States, read this book. Fenton has created a work of first-class reportage . . . an engrossing account for anyone who enjoys crime and corruption procedurals like The Wire and Serpico.

Fenton populates his narrative with a network of officers, informants and street dealers, all with different motivations and interests. . . . The overall effect is to capture the disorienting, churning quality of a city where the good guys and bad guys aren’t easily distinguished. . . . [Fenton] shows how, in our zeal to combat crime, we have allowed institutions to produce it.

'A standout examination of the failures of policing, laid out in context with greater systemic failures ... We Own This City is a sobering and necessary account of one dramatic way that trust was destroyed, but it is as much a damning indictment of how that destruction grew out of a mixture of negligence, incompetence and hubris.'

Impossible to put down and impossible to forget once finished. If you're wondering why the US is in the midst of protests and riots, read this book. I couldn't recommend it more highly.