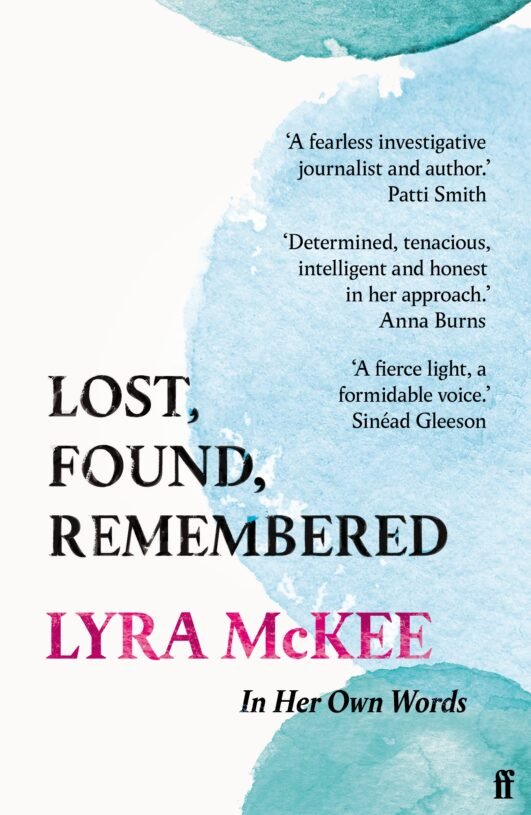 A memorial collection of writings by the murdered young journalist Lyra McKee – from viral articles to unpublished material – that celebrates her life, work and creative legacy: one that will live on.

Format
Paperback
ISBN
9780571351459
Date Published
01.04.2021
Delivery
All orders are sent via Royal Mail and are tracked: choose from standard or premium delivery.
Summary

‘Determined, tenacious, intelligent, and honest in her approach.’
ANNA BURNS

A memorial collection of writings by the murdered young journalist Lyra McKee – from viral articles to unpublished material – that celebrates her life, work and creative legacy: one that will live on.

When Northern Irish writer Lyra McKee was murdered in Derry in April 2019, aged just twenty-nine, she was survived by writings that had been read and loved by thousands worldwide. Compiled by those who knew her best, Lost, Found, Remembered weaves together the words that defined her reputation as one of the most deeply empathetic, politically urgent journalists of her generation.

Showcasing the range of her voice by bringing together unpublished material alongside both her celebrated and lesser-known pieces, it reveals the sheer scope of McKee’s intellectual and radically humane engagement with the world – and lets her spirit live on in her own words.

‘A fearless investigative journalist and author. Beloved and trusted champion of the lost, marginalised and those, like herself, who have suffered growing up in a discriminatory environment . . . a brilliant flame extinguished.’

‘[Lyra was a] powerhouse, determined, tenacious, intelligent, and honest in her approach . . . and since her death she has pulled off more than she could ever have expected by bringing all communities together.’

‘A beacon for Northern Ireland … Public Lyra was a brilliant journalist and advocate; someone who spoke up for others, and fearlessly probed at uncomfortable subjects. The Lyra I got to know was upbeat and kind; a devoted carer to her mother . . . a fierce light, a formidable voice.’

‘Lyra McKee was one of us. She was our people. She didn’t think she was, not at first – Belfast isn’t the easiest place in the world to grow up gay – but she found a way to belong here, a way to tell her story. She was our people because that includes a lot now, and it included her. It’s not like it used to be. But it doesn’t include them, not any more. Whatever you say, say that.’

‘McKee was a young writer who could reach into the eerie spaces of what had happened to us before she was born, to know the things that haunted us.’

Lyra McKee was born in 1990 in Belfast. She won Sky News’ Young Journalists Award in 2006 and became an investigative reporter, writing for numerous newspapers, magazines and websites. She was featured as one of Forbes’ 30 under 30 and a rising literary star by the Irish Times. Lyra McKee was fatally shot during rioting in Derry on the 18th… 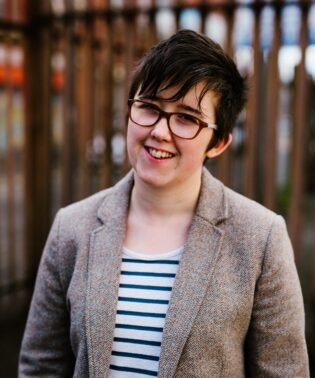 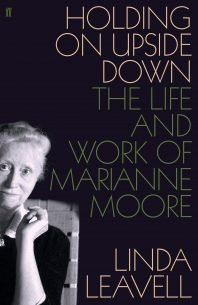 Holding On Upside Down: The Life and Work of Marianne Moore by Linda Leavell is the definitive biography of this most…