Format
Hardback
ISBN
9780571348961
Date Published
18.10.2018
Delivery
All orders are sent via Royal Mail and are tracked: choose from standard or premium delivery.
Summary

QI is the smartest comedy show on British television. Here creator John Lloyd and QI Elves James Harkin and Anne Miller bring together 2,024 brain-tickling brand new facts to stop you in your tracks…

Humans glow in the dark.

One of the moons of Uranus is called Margaret.

Dogs visiting US National Parks can be certified as Bark Rangers.

The world’s smallest computer is smaller than a grain of sand.

Candyfloss was invented by a dentist.

Nobody knows who named the Earth. 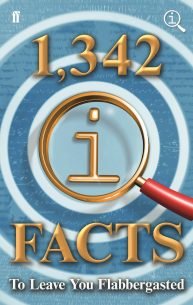 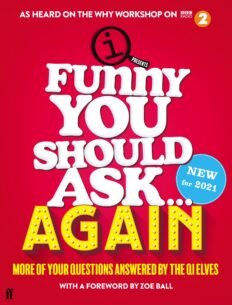