The Box of Delights

Format
Paperback
ISBN
9780571346103
Date Published
07.12.2017
Delivery
All orders are sent via Royal Mail and are tracked: choose from standard or premium delivery.
Summary

Kay Harker is heading home for the school holidays. Recently orphaned, he knows this Christmas will be different but nothing could prepare him for the journey that lies ahead.

On the train he meets an old magician, Cole Hawlings, who charges Kay with safeguarding a wondrous device that has time-travelling powers. It’s an instrument that Cole’s nemesis, the wicked sorcerer Abner Brown, will stop at nothing to steal for himself. And so when the old man mysteriously disappears, Kay faces the fight of his life. He must protect both the Box of Delights and, with it, the people he loves.

The Box of Delights is a magical and festive adventure in which one boy must confront the secrets of the past to defeat the evil in his present. The future of Christmas itself depends upon him.

Adapted for the stage for the first time by Piers Today, John Masefield’s much-loved classic The Box of Delights premiered at Wilton’s Music Hall in December 2017.

‘One of the greatest children’s books ever written.’ The Times

A compelling and complete fantasy world.

Captures the dreamlike strangeness of a much loved children's classic. 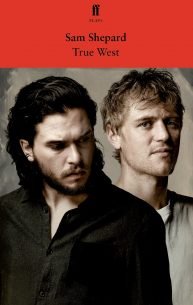