‘The Town really got under my skin. There’s a deceptive lightness to Shaun Prescott’s style, so this is a book that really creeps up on the reader: all of a sudden you’re swept away by – even bound to – this thing that’s so mournful, intense, and unsettling. It will stay with me.’ – Lisa McInerney

Format
Paperback
ISBN
9780571345625
Date Published
01.08.2019
Delivery
All orders are sent via Royal Mail and are tracked: choose from standard or premium delivery.
Summary

In an unnamed, dead-end town in the heart of the outback, a young writer arrives to research small settlements that have vanished into oblivion. He finds the town’s hotel empty of guests, the train station without trains, and the local bus circling its route without picking up any passengers. The townsfolk themselves have collective amnesia and show an aggressive distrust towards outsiders. The town is in decline, but the writer didn’t expect it to be literally disappearing before his eyes: an epidemic of mysterious holes is threatening the town’s very existence, plunging him into an abyss of weirdness from which he may never return.

The sense of some deeply melancholic encounter haunts the pages of Australian writer Shaun Prescott’s winningly glum novel, aided by elegiac musings on belonging and estrangement, growth and decay, places and voids, portals and dead-ends . . . It’s an engaging, provoking novel . . . intelligently alive to its own metaphorical possibilities, and leaving behind a powerful vision of the world ending, not with a bang, but a whimper.

Characters speak with artful banality, while realism is mixed with absurdist elements: a hotel without guests, a train that doesn’t go anywhere, a bus without passengers. In its best moments, it conjures a remote, inward-facing landscape that carries disaffection, loneliness and darker forces beneath.

‘I’m also drawn to novels of the surreal-yet-just-about-believable species. The Town by Shaun Prescott is absurd, yet almost convincing.’

‘Shaun Prescott’s The Town– in which a writer moves to the outback to research the phenomenon of disappearing towns – is mournful, odd and unsettling and therefore right up my street.’

A stark paean to loneliness, entropy, and marginal existence – sustained by the kind of slow, luminous prose that feels like the equivalent of staring straight into the sun.

Shaun Prescott is a writer based in the Blue Mountains in New South Wales. He has self-released several small books of fiction, including Erica From Sales and The End of Trolleys, and has been the editor of Crawlspace Magazine. His writing has appeared in The Lifted Brow, The Guardian, and Meanjin, among other places, and The Town is his debut… 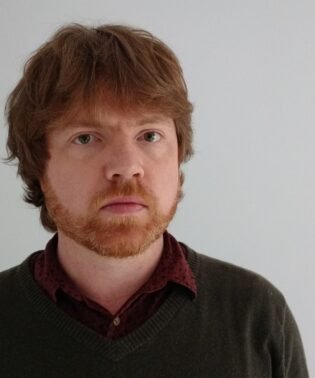 The Shrimp and the Anemone
L.P. Hartley
£7.99
Add to Basket 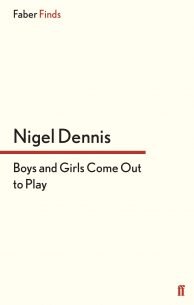 ‘Everyone who now remembers Nigel Dennis thinks that his first novel was Cards of Identity (1955). But in fact he had…

Boys and Girls Come Out to Play
Nigel Dennis
£16.00 This unsettling debut novel tells the story of an unlikely friendship between two very different women, for readers of THE WOMAN…

In My House
Alex Hourston
£7.99
Add to Basket 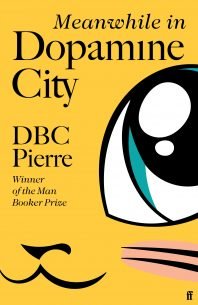 From the Man Booker Prize-winning author of Vernon God Little, the story of a hapless father trying to raise his kids…