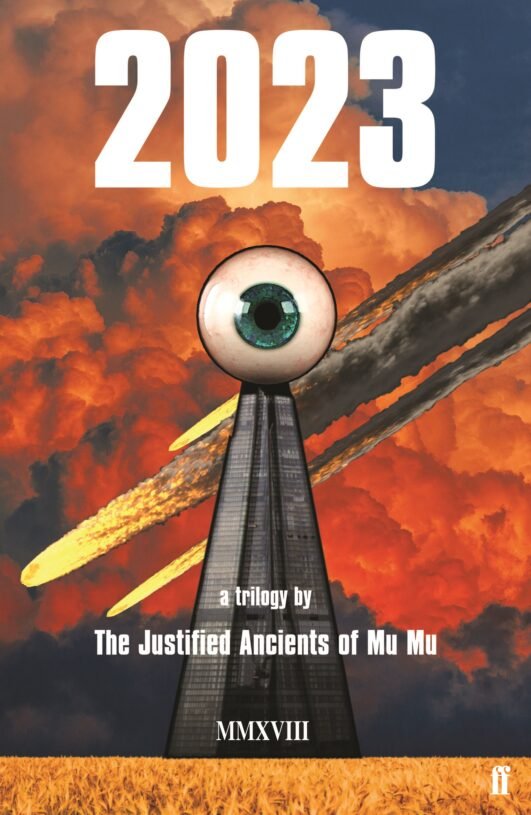 The Justified Ancients of Mu Mu

2023: a trilogy by The Justified Ancients of Mu Mu

Format
Ebook
ISBN
9780571341450
Date Published
23.08.2017
Delivery
All orders are sent via Royal Mail and are tracked: choose from standard or premium delivery.
Summary

Well we’re back again,
They never kicked us out,
Twenty thousand years of
SHOUT SHOUT SHOUT

Down through the epochs and out across the continents, generation upon generation of The Justified Ancients of Mu Mu have told variants of the same story – an end of days story, a final chapter story. But one with hope, even if the hope at times seems forlorn.

The story contained in this trilogy is the latest telling. Here it is presented as a utopian costume drama, set in the near future, written in the recent past.

In the Spring of 2013, the undertakers Cauty & Drummond were on a tour of the Western Isles of Scotland. It was while staying at Jura’s one hotel that they came across a strange-looking book. The book was titled Back in the USSR and authored by someone using the name of Gimpo. Back in the USSR was the memoir of a young woman who had been a nurse in the Falklands War in 1982.

Gimpo ended up in Kiev in what was then the Soviet state of The Ukraine. Here she met with two women named Tat’jana and Kristina who went under numerous aliases, the most widely used being The KLF. Also in Back in the USSR it was claimed that Tat’jana and Kristina had been heavily influenced by a book originally written in English as The Twenty Twenty-Three! Trilogy by someone calling themselves George Orwell. But this George Orwell was in turn the pen name of Roberta Antonia Wilson.

What you are about to read is what they read – well, almost. As for Back in the USSR, if we are able to sell the initial edition of this book and make a return on our investment, we hope to publish that. As for the current whereabouts of Tat’jana and Kristina, we have no idea. They were last seen disappearing into the depths of the Black Sea in their decommissioned Project 865 Piranha submarine. This supposed disappearance happened on 23 August 1994. Rumour on the internet has it they would not reappear for another twenty-three years.

The Justified Ancients of MuMu

The Scream is a painting by the Norwegian artist Edvard Munch. The Scream is one of the five most famous paintings in the world. The Scream was painted in 1893. In the background of the painting are two men dressed in black wearing black top hats. These two men were the then representatives of The Justified Ancients of Mu Mu.…