A beguiling mystery tale of family and romance, of east and west, tradition and modernity, by one of the great storytellers of our time.

Format
Hardback
ISBN
9780571330294
Date Published
07.09.2017
Delivery
All orders are sent via Royal Mail and are tracked: choose from standard or premium delivery.
Summary

From the Nobel Prize winner and best-selling author of Snow and My Name Is Red, a fable of fathers and sons and the desires that come between them.

On the outskirts of a town thirty miles from Istanbul, a master well digger and his young apprentice are hired to find water on a barren plain. As they struggle in the summer heat, excavating meter by meter, the two will develop a filial bond neither has known before –not the poor middle-aged bachelor nor the middle-class boy whose father disappeared after being arrested for politically subversive activities. The pair will come to depend on each other and exchange stories reflecting disparate views of the world.

But in the nearby town, where they buy provisions and take their evening break, the boy will find an irresistible diversion. The Red-Haired Woman, an alluring member of a travelling theatre company, catches his eye and seems as fascinated by him as he is by her. The young man’s wildest dream will be realized, but, when in his distraction a horrible accident befalls the well digger, the boy will flee, returning to Istanbul. Only years later will he discover whether he was in fact responsible for his master’s death and who the redheaded enchantress was.

Saturated with sympathy and sense of place, the book charts a boy’s journey into manhood and Turkey’s into irreversible change. But it is above all a book of ideas. Pamuk’s work promotes the fact that we should always interrogate the past but never deny or bury it. History — personal, imagined, actual — reminds us to remember, to think better... This book sings with the power of diverse remembrance.

Absorbing... Pamuk’s intense political parable tells us much about the plight of Turkey today.

Pamuk’s tale of love and death draws heavily on the Oedipus myth, but such is his mastery of storytelling that every character feels fresh, while the vignettes of modern Turkey ring true.

The Red-Haired Woman is shorter than Orhan Pamuk’s best-known novels, and is, in comparison, pared down, written with deliberate simplicity — ostensibly by a narrator who knows that he is not a writer, but only a building contractor. Polyphonic narratives are replaced by a powerful, engaging clarity… The themes of parricide and filicide resonate beyond acts of accidental or mindless murder: they explore the loss of connection between generations — which is tragic, yet also necessary. The shifts between generations is beautifully shown through the often hideous changes wrought in Istanbul itself by modernisation.

He is a weaver of tales par excellence, with an unmatched sense for the ways that social change affect individual psychology and a restrained, genteel prose style that disguises the unruly passions just below the surface. In this mode he most resembles Ivan Turgenev, the great portraitist of 19th-century Russia… Allusive, enchanting and perfectly controlled

The Museum of Innocence
Orhan Pamuk
£9.99 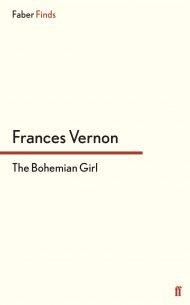 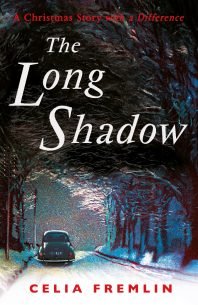 Faber’s classic seasonal suspense novel for 2018, from the Edgar Award-winning author of The Hours Before Dawn