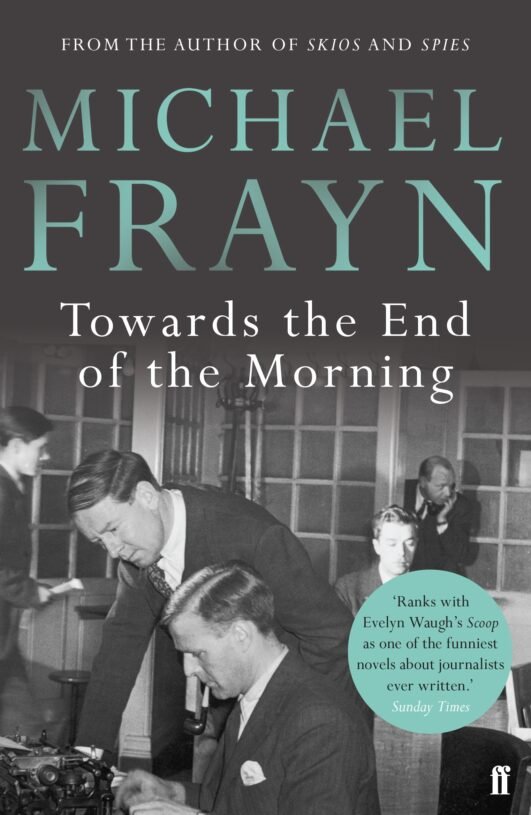 Towards the End of the Morning

Towards the End of Morning by Michael Frayn is a brilliantly comic drama about an ambitious journalist who works for an obscure national newspaper during the declining years of Fleet Street. With a new introduction by the author.

Format
Paperback
ISBN
9780571315871
Date Published
05.11.2015
Delivery
All orders are sent via Royal Mail and are tracked: choose from standard or premium delivery.
Summary

Michael Frayn’s classic novel is set in the crossword and nature notes department of an obscure national newspaper during the declining years of Fleet Street, where John Dyson dreams wistfully of fame and the gentlemanly life – until one day his great chance of glory at last arrives.

‘Still ranks with Evelyn Waugh’s Scoop as one of the funniest novels about journalists ever written.’ Sunday Times

‘A sublimely funny comedy about the ways newspapers try to put lives into words.’ Spectator