The Collected Poems and Drawings of Stevie Smith is the essential edition of modern poetry’s most distinctive voice.

Format
Paperback
ISBN
9780571311316
Date Published
01.11.2018
Delivery
All orders are sent via Royal Mail and are tracked: choose from standard or premium delivery.
Summary

When Stevie Smith died in 1971 she was one of the twentieth-century’s most popular poets; many of her poems have been widely anthologised, and ‘Not Waving but Drowning’ remains one of the nation’s favourite poems to this day.

Satirical, mischievous, teasing, disarming, her characteristically lightning-fast changes in tone take readers from comedy to tragedy and back again, while her line drawings are by turns unsettling and beguiling. In this edition of her work, Smith scholar Will May collects together the illustrations and poems from her original published volumes for the first time, recording fascinating details about their provenance, and describing the various versions Smith presented both on stage and page. Including over 500 works from Smith’s 35-year career, The Collected Poems and Drawings of Stevie Smith is the essential edition of modern poetry’s most distinctive voice.

Nobody heard him, the dead man,
But still he lay moaning:
I was much further out than you thought
And not waving but drowning.

– ‘Not Waving but Drowning’

My reading life has been immeasurably improved by The Collected Poems and Drawings of Stevie Smith.

Excellent for longtime readers of Smith and newcomers alike.

An essential addition to the canon.

Stevie Smith (1902-71) lived in Palmers Green, London, and for much of her life worked as a secretary for the magazine publishers Sir George Newnes and Sir Neville Pearson. Her first book, Novel on Yellow Paper, appeared in 1936, and her final collection of poems, Scorpion, was published posthumously in 1972. In 1966 she received a Cholmondeley Award and in… 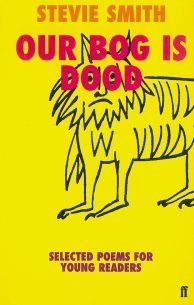 This selection of Lord Byron poems, selected by Paul Muldoon, joins a series in which Faber and Faber presents eight beautiful… 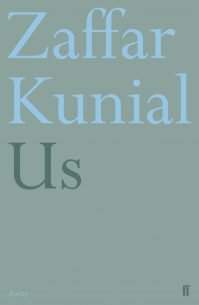