The Lost Journals of Benjamin Tooth

A funny and charming companion volume to The Windvale Sprites.

Format
Ebook
ISBN
9780571295609
Date Published
05.11.2013
Delivery
All orders are sent via Royal Mail and are tracked: choose from standard or premium delivery.
Summary

My name is Benjamin Tooth. This is my journal.
One day I will be remembered as the greatest scientist that the world has ever known and so it is my duty to mankind to record my thoughts that future generations are able to study the progress of a genius.
I am eleven years old.

These are the recently discovered journals of Benjamin Tooth: alchemist, inventor and discoverer of the Windvale sprites. They chronicle his journey of scientific discovery from pompous boy to mad old man in his pursuit of the sprites on Windvale Moor. The sprites hold the key to eternal life, and Tooth is determined to capture it.

A companion volume to The Windvale Sprites, The Lost Journals will be published with an exciting treasure hunt campaign to find Benjamin Tooth’s lost statue. With clues ingeniously placed throughout the book, readers will love to follow the adventure beyond the written page.Monday 18th April 1768

Mackenzie Crook, whose children’s books are published by Faber, is a hugely diverse actor who has played a wide variety of roles, from Ragetti in all three of the record-smashing, swashbuckling Pirates of the Caribbean films, to the wonderful character of Gareth in The Office and the critically acclaimed Konstantin in the Royal Court’s version of The Seagull. He has also appeared in a… 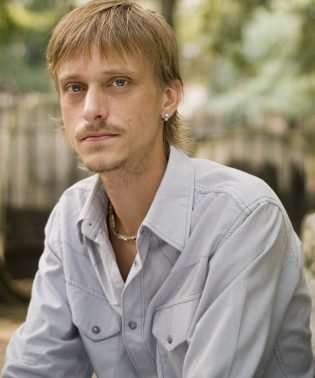 Mackenzie Crook’s The Windvale Sprites is a timeless, beautifully-written and illustrated novel, by the Pirates of the Caribbean and The Office… 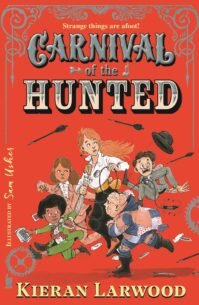 Welcome back to this wonderfully murky, carnivalesque world of intrigue with a new mystery for the Carnival to solve!

Carnival of the Hunted
Kieran Larwood
£7.99
Add to Basket What is the Truth? (Faber Nature Poets)
Ted Hughes
£10.00
Add to Basket 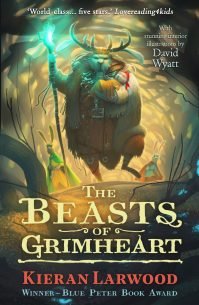 From the winner of the Blue Peter Best Story Book Award, the third instalment of Podkin’s epic battle against the Gorm.