Steve Sem-Sandberg, author of the award-winning The Emperor of Lies, explores an intolerable chapter in Austria’s past

Format
Paperback
ISBN
9780571288465
Date Published
21.04.2016
Delivery
All orders are sent via Royal Mail and are tracked: choose from standard or premium delivery.
Summary

The Am Spiegelgrund clinic, in glittering Vienna, masqueraded as a well-intentioned reform school for wayward boys and girls and a home for chronically ill children. The reality, however, was very different: in the wake of Germany’s annexation of Austria on the eve of World War Two, its doctors, nurses, and teachers created a monstrous parody of the institution’s benign-sounding brief. The Nazi regime’s euthanasia program would come to determine the fate of many of the clinic’s inhabitants.

Through the eyes of a child inmate, Adrian Ziegler, and a nurse, Anna Katschenka, Steve Sem-Sandberg, the author of the award-winning The Emperor of Lies, explores the very meaning of survival. An absorbing, emotionally overwhelming novel, rich in incident and character, The Chosen Ones is obliquely illuminated by the author’s sharp sense of the absurd. Passionately serious, meticulously researched, and deeply profound, this extraordinary and dramatic novel bears witness to oppression and injustice, and offers invaluable and necessary insight on an intolerable chapter in Austria’s past.

You don’t so much read Sem-Sandberg as stand in the fiery wind of his prose . . . There is something here of Samuel Beckett’s trilogy – nothing is too small to shine an unwavering light on . . . The Chosen Ones is the logical outlay of a worst-case scenario of the human soul. It is not a book that can be read for “delight”, though it features beautiful sentences, and when Sem-Sandberg describes landscape and weather he has the sudden generosity of a poet. But he is also the ambassador of the unwanted child everywhere, then and now, and that is a rarer profession even than poet . . . Some novels are described as dark, in order to alert the reader. But this novel, translated into English by Anna Paterson, is as bright as a cloudless June sky under which, behind walls and doors, we go about our inexplicable human business.

An extraordinary, harrowing story ... a novel that might often be hard to read but has a rare and raw power

The Chosen Ones is meticulously researched and laden with history but such is Sem-Sandberg’s skill that it does not feel this way: he jumps between his characters and weaves the historical details into their conversations, thoughts and actions. It’s an education but do not approach this book lightly. This is historical fiction at its most raw and disturbing

A powerful, harrowing testament to the nameless victims of evil.

The Chosen Ones is nothing less than a literary feat - as powerful and inexorable as The Emperor of Lies. Sem-Sandberg has in one fell swoop become one of Europe's most important authors.

Steve Sem-Sandberg was born in 1958. He is the award-winning Swedish author of The Emperor of Lies, an international bestseller which received the August Prize. His most recent novel is The Chosen Ones, which was awarded the Prix Medicis Etranger in 2016. He divides his time between Vienna and Stockholm. 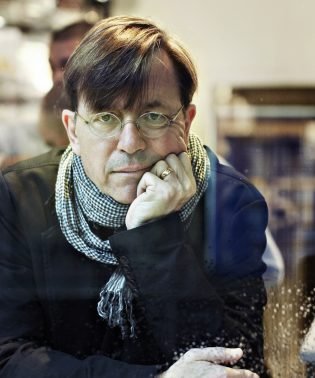 The Emporer of Lies by Steve Sem-Sandberg is a compelling tale of power, corruption and compromise from one of Scandinavia’s most… 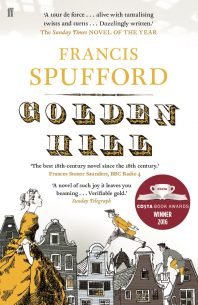 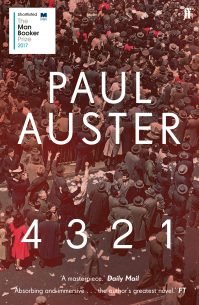 Paul Auster’s first novel in seven years. His greatest, most provocative, most heartbreaking, most satisfying work. ONE OF THE GUARDIAN’S 2020 FICTION HIGHLIGHTS: Petina Gappah’s epic journey through nineteenth-century Africa is ‘engrossing, beautiful and deeply imaginative.’ (Yaa… An exquisite winter tale of courage, and its cost — set in Catholic Ireland.