The first complete biography of one of the greatest choreographers of the 20th century, a real-life Billy Elliot.

Format
Ebook
ISBN
9780571274512
Date Published
07.10.2010
Delivery
All orders are sent via Royal Mail and are tracked: choose from standard or premium delivery.
Summary

Kenneth MacMillan’s ballets are in constant demand by world-famous companies, particularly Romeo and Juliet, Manon and Mayerling. However, MacMillan was tormented by an acute sense of being an outsider, and often at odds with the institutions in which he worked.

A real-life Billy Elliot from a Scottish working class family, MacMillan demonstrated a prodigious talent for dancing from an early age. Following the premature death of his mother, the young MacMillan sought an escape, and despite his father’s disapproval, secured a place at Sadler’s Wells. Paradoxically he found himself crippled by stage-fright during the height of his professional career, leaving him with only one option – choreography. He went on to produce ballets which defied convention and became renowned for challenging audiences. Despite criticism, MacMillan achieved international acclaim, becoming artistic director of both the Berlin Ballet and the Royal Ballet. On a personal level he found unexpected happiness with his wife and daughter in the later stages of his life, making it all the more tragic when he died suddenly at the age of 62.

This stunning biography reveals a complex artist who fiercely guarded his own privacy, whilst his ballets communicated his darkest and most intimate thoughts.

Jann Parry's riveting biography ... Meticulous, authoritative and unflappable, Parry has done an excellent job in elucidating this fascinating but somewhat tirsesomely self-centred and over-sensitive man. Her authoritative biography will join Julie Kavanagh's portrait of Ashton and Meredith Daneman's of Fonteyn as primary sources for the study of British ballet.

Different Drummer is a fine and searching study of Macmillan's life and work - admirable in its scrupulous detail as in its understanding of the subject. ... The sensitive portrait that emerges is true, drawn sur le vif. ... A remarkable study in the nature of a powerful creative talent.

She constantly holds her subject in this unwavering gaze. ... (Macmillan's) behaviour is always explained, if not excused, by this crippling anxiety and Parry's great achievement is to explain why, despite all his flaws, generations of dancers wanted to work with this exacting choreographer and why his ballets still matter.

Different Drummer, Jann Parry's new biography of the choreographer, is at once an assiduously detailed history of the man and a psychological deconstruction of his work. ... Monica Mason, who as a dancer created the role of the Chosen Maiden in his 1962 version of The Rite of Spring, is now director of the Royal Ballet and ensures that his work remains in the repertoire. If much of it (like The Judas Tree, to be revived this season) remains forbiddingly dark, Parry's compassionate account enables us to approach it with new understanding.

In Different Drummer, Parry has given us MacMillan the man, in all his troubled, dramatic, hysterical creativity.

Parry chronicles MacMillan's life and career with clarity and objectivity. She analyses his means and motivves with sympathetic insight and records his triumphs and tribulations through assiduous and meticulous research. ... Different Drummer will remain the definitive biography of Kennth MacMillan, a record of a great choreographer that should grace the shelves of all who love ballet and all students of the dance.

A long-established dance writer, Jann Parry was dance critic for The Observer from 1983 to 2004. She has written for publications including The Spectator, The Listener, About the House (Royal Opera House magazine), Dance Now, Dance Magazine (USA), Stage Bill (USA) and Dancing Times. As a writer/producer, she worked for the BBC World Service from 1970 to 1989, covering current… 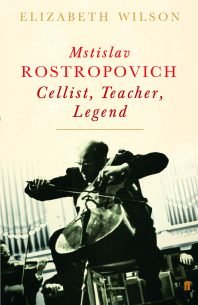 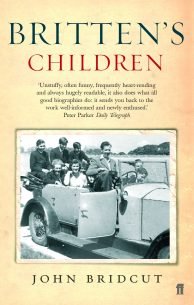 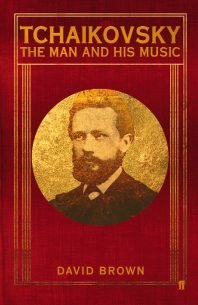