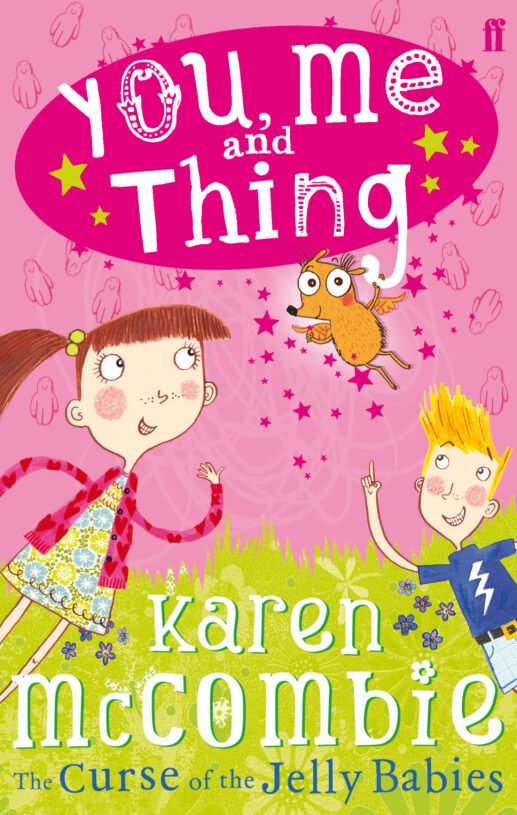 You, Me and Thing 1: The Curse of the Jelly Babies

Format
Ebook
ISBN
9780571272587
Date Published
19.07.2012
Delivery
All orders are sent via Royal Mail and are tracked: choose from standard or premium delivery.
Summary

Neighbours Ruby and Jackson get the surprise of their lives when they discover a Thing living at the bottom of their gardens. And when Thing places a curse on the inhabitants of the new house that’s been built over his old home, Ruby and Jackson find themselves up to their eyeballs in jellybabies, magic and BIG trouble.

I never expected to be friends with a Thing. Well, you don’t, do you? You usually think of friends being either boys or girls, or maybe even cute yappy dogs. Well, Thing certainly doesn’t fit into any of those categories. Thing is just a… a… Actually, I’m not sure quite how to describe it.
“A sort of troll crossed with a fairy crossed with a squirrel?” Jackson suggested, after we first discovered Thing.
“I is not a squirrel,” Thing purred grumpily, twitching its squirrelly ears. “And not a fairy or a trolly. Whatever they is.”
By the way, I never expected to be friends with Jackson Miller either. I guess I’ve got a bit of explaining to do, about Jackson and about Thing. (Oh, and about curses and jellybabies too, And the magic. I mustn’t forget the magic!)

Karen McCombie is the bestselling author of numerous children’s and teenage books, including the series Ally’s World, Stella Etc, Indie Kidd and novels An Urgent Message of Wowness and The Raspberry Rules. Before becoming an author she worked for teen magazines such as J17 and Sugar. Originally from Scotland, she lives in London with her husband, young daughter and assorted… 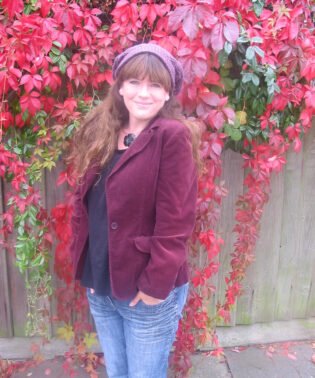 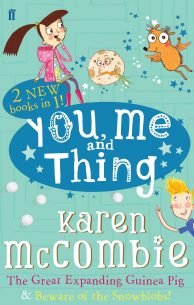 You Me and Thing: The Great Expanding Guinea Pig & Beware of the Snowblobs! contains the next instalments in this gorgeously…

You Me and Thing: The Great Expanding Guinea Pig & Beware of the Snowblobs!
Karen McCombie
£6.99 You, Me and Thing 4: The Mummy That Went Moo is the fourth in a hilarious new series by best-selling author…

You, Me and Thing 4: The Mummy That Went Moo
Karen McCombie
£4.99
Also Recommended All hail Grubtown – where mayhem rules the day and exceptional silliness is the way of life! Philip Ardagh is back…

Grubtown Tales: The Wrong End of the Dog
£4.99
Flanimals: A Complete Natural History
£29.99

The classic tale of Sam Pig, full of magical countryside images and tales of adventure. From the funniest voice in young fiction today, the third in this brilliant new series for 4-6-year-old readers about Ava and…