Format
Ebook
ISBN
9780571269372
Date Published
24.02.2011
Delivery
All orders are sent via Royal Mail and are tracked: choose from standard or premium delivery.
Summary

Born into poverty, Bernie Ecclestone has made himself a billionaire by developing the world’s second most popular sport – Formula One racing. Private, mysterious and some say sinister, the eighty-year-old criss-crosses the globe in his private jet, mixing with celebrities, statesmen and sporting heroes. His success is not just in creating a multibillion-pound global business but in resisting repeated attempts to snatch the glittering prize from his control.

Ecclestone has never before revealed how he graduated from selling second-hand cars in London’s notorious Warren Street to become the major player he is today. He has finally decided to reveal his secrets: the deals, the marriages, the disasters and the successes in Formula One racing, in Downing Street, in casinos, on yachts and in the air.

Surprisingly, he has granted access to his inner circle to Tom Bower, described by Ecclestone as ‘The Undertaker’ – the man who buries reputations – and has given him access to all his friends and enemies. All have been told by Ecclestone, ‘Tell him the truth, good or bad.’

No Angel is a classic rags-to-riches story, the unique portrayal of a unique man and an intriguing insight into Formula One racing, business and the human spirit. Tom Bower is the author of nineteen books, including biographies of Robert Maxwell, Mohamed Fayed, Gordon Brown, Richard Branson, Conrad Black and more recently, Simon Cowell.

Tom Bower is an investigative historian, broadcaster and journalist. A former producer and reporter for BBC Television, he is the author of many books, including biographies of Robert Maxwell, Mohamed Fayed, Gordon Brown, Richard Branson and Conrad Black. Broken Dreams, his investigation into corruption in English football, won the William Hill Sports Book of the Year Award in 2003 and… 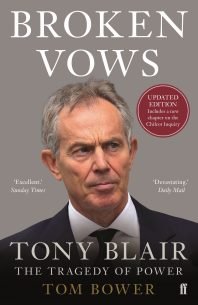 The political thriller of the year, now updated with a devastating new chapter on the Chilcot Inquiry. In Branson: Behind the Mask, Tom Bower asks whether the triumphs of Richard Branson, Britain’s most popular and most publicity-seeking businessman,… 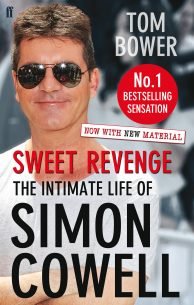 Sweet Revenge: The Intimate Life of Simon Cowell is the biggest biography of the year, now with Tom Bower’s brand new… Three sports in one event? Triathletes must be crazy, right?