Format
Ebook
ISBN
9780571265909
Date Published
17.03.2011
Delivery
All orders are sent via Royal Mail and are tracked: choose from standard or premium delivery.
Summary

Merridale's book is essential reading, not just for those interested in the Eastern Front, but for anyone who wants to understand Russia.

Ivan's War is a magnificent achievement. It is a tribute to Merridale that she is able to offer a compelling account of the horrors of war and the stark mutability of conflict without the picture being muddied by the grand stratagems of battle fought across an enormous area. She organises her extensive material with great authority and clarity.

Essential reading for anyone who wants to understand the history of the time, or modern Russia's dependence on it. Ms Merridale's earlier book, Night of Stone, was a definitive account of the Russian attitude to the death and suffering that drench its history. Now her feel for human nature and her excellent knowledge of Russian language and culture, combined with her research among Russian (and German) sources, have produced a worthy sequel. 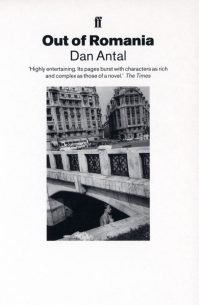 Out of Romania by Dan Antal tells the story, gripping and entertaining by turns, of a life lived under Nicolae Ceau?escu… 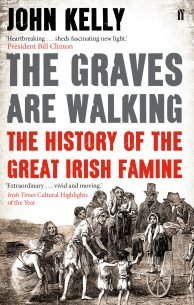 The Graves are Walking by John Kelly is the first truly authoritative account of the Irish Famine for over a generation.

The Graves are Walking
John Kelly
£12.99