Format
Paperback
ISBN
9780571256020
Date Published
10.12.2009
Delivery
All orders are sent via Royal Mail and are tracked: choose from standard or premium delivery.
Summary

Ford Madox Ford is best known for two fictional masterpieces: The Good Soldier and the Great War tetralogy, Parade’s End. Indeed, it was reading the former that first persuaded Alan Judd to write this superb biography.

Graham Greene once strikingly pronounced, ‘There is no novelist of this century more likely to live than Ford Madox Ford.’ Even if that is debatable there is no denying his importance in the literary firmament of the first thirty years of the twentieth-century. He founded the English Review which can claim to have discovered D. H. Lawrence, Ezra Pound and Wyndham Lewis. In the 1920s he founded the Transatlantic Review which published work by James Joyce, Ezra Pound, e.e. cummings, Gertrude Stein and Jean Rhys.

Two of Ford Madox Ford’s passions were conversation and women. It is often said he only seduced the latter to carry on the former!

Alan Judd’s biography is a brilliant rehabilitation of a literary figure who has still not been accorded his rightful place. On first publication it received dazzling reviews.

‘Mr Judd never bores. He is shrewd about the novel in general and Ford in particular.’ Gore Vidal, Times Literary Supplement

‘Alan Judd has been drawn into Ford’s embattlement and defends him staunchly and imaginatively.’ A. S. Byatt, Guardian

‘What Judd rightly emphasises is that Ford was a giver, believing that the preservation and furtherance of artistic talent was his permanent responsibility.’ Frank Kermode, London Review of Books 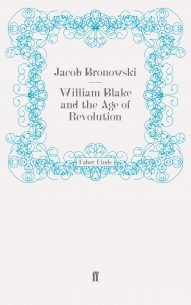