Format
Paperback
ISBN
9780571255115
Date Published
15.10.2009
Delivery
All orders are sent via Royal Mail and are tracked: choose from standard or premium delivery.
Summary

This remains a much needed book. It offers a succinct and authoritative survey of military intelligence available to Britain and her allies during the Second World War.

When war began, Britain was as ill-prepared in intelligence as in armaments. Scientists had discovered the principle of radar in the mid-1930s but everything else had to be learned from scratch in the heat of emergency. Early signs of improvement came in mid-1941, when Ultra targeted naval vessels and bomber aircraft so successfully onto Rommel’s supply ships that the Afrika Corps came close to inanition. From then on intelligence played an increasingly indispensable part in the ultimate victory. Ultra won the Battle of the Atlantic, driving the U-boats back to coastal waters by June 1943. Ultra confirmed the whereabouts of the German tanks as Montgomery planned the breakthrough at Alamein. Only ‘Bomber’ Harris refused to give intelligence the credit it deserved which, as this book makes clear, proved to be a costly mistake.

‘This book has been needed for some years, both by general readers and by scholars. The author is ideally equipped to write it, and it could hardly be better done. . . His summary of the value and limitations of intelligence work in western Allied strategy will be of lasting value.’ M.R. D. Foot

‘Ralph Bennett’s mastery of narrative and clarity of analysis are such that we can safely signal a new benchmark in intelligence books.’ David Linton

‘Bennett has done more than anyone else to throw light on the impact of Ultra on command decisions. . . Essential reading for any historian of intelligence.’ David Stafford

‘Ralph Bennett has a unique place in the history of wartime intelligence. . . Once an insider, thereafter a historian. . . his research approaches the ideal more closely than any previous study has done.’ John Ferris, Intelligence and National Security 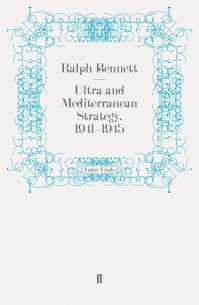 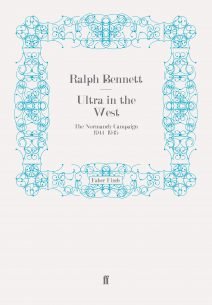