How I Escaped My Certain Fate

How I Escaped My Certain Fate, by Stewart Lee, is the bestselling book by acclaimed stand-up comedian, revealing the inside workings of his award-winning act.

Format
Ebook
ISBN
9780571254828
Date Published
19.08.2010
Delivery
All orders are sent via Royal Mail and are tracked: choose from standard or premium delivery.
Summary

Experience how it feels to be the subject of a blasphemy prosecution! Find out why ‘wool’ is a funny word! See how jokes work, their inner mechanisms revealed, before your astonished face!

In 2001, after over a decade in the business, Stewart Lee quit stand-up, disillusioned and drained, and went off to direct a loss-making musical, Jerry Springer: The Opera. Nine years later, How I Escaped My Certain Fate details his return to live performance, and the journey that took him from an early retirement to his position as the most critically acclaimed stand-up in Britain, the winner of BAFTAs and British Comedy Awards, and the affirmation of being rated the 41st best stand up ever.

Here is Stewart Lee’s own account of his remarkable comeback, told through transcripts of the three legendary full-length shows that sealed his reputation. Astonishingly frank and detailed in-depth notes reveal the inspiration and inner workings of his act. With unprecedented access to a leading comedian’s creative process, this book tells us just what it was like to write these shows, develop the performance and take them on tour. How I Escaped My Certain Fate is everything we have come to expect from Stewart Lee: fiercely intelligent, unsparingly honest and very, very funny.

Stewart Lee began stand-up in 1988 at the age of 20, and won the Hackney Empire new act of the year award in 1990. In 2001 he co-wrote the libretto for Richard Thomas’s Jerry Springer: The Opera, which went on to win four Olivier awards. His most recent live shows have been Carpet Remnant World (2011), Much A Stew About… 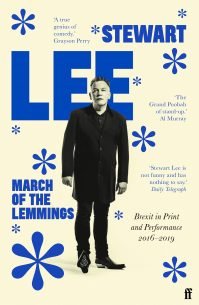 March of the Lemmings
Stewart Lee
£9.99 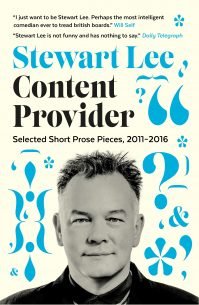 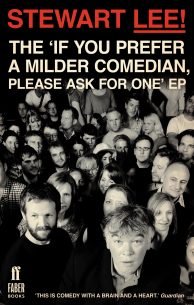 Stewart Lee! The ‘If You Prefer a Milder Comedian Please Ask For One’ EP
Stewart Lee
£8.99
Also Recommended 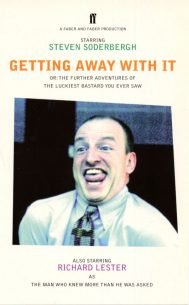 Steven Soderbergh and Richard Lester are a generation apart, but theyshare a sense of humour and a passion for cinema. Soderbergh’s…

Getting Away With It
Steven Soderbergh
£12.99 Somebody: The Reckless Life and Remarkable Career of Marlon Brando, by Stefan Kanfer, is the definitive portrait of one of the…