Format
Paperback
ISBN
9780571251216
Date Published
16.04.2009
Delivery
All orders are sent via Royal Mail and are tracked: choose from standard or premium delivery.
Summary

‘I would rather have been in London under siege between 1940 and 1945 than anywhere else,’ John Lehmann said, ‘except perhaps Troy in the time that Homer celebrated.’

Paradoxically perhaps the 1940s was a decade of cultural efflorescence. Writing, painting, theatre, cinema and dancing all thrived: Henry Moore, Francis Bacon, T. S. Eliot, George Orwell and Laurence Olivier all produced some of their best work in this period.

In this sweeping and important book, Andrew Sinclair recreates the world of the 1940s with its encounters and characters, its conflicts and its discoveries, its hopes and its disillusions. It was a world of pubs and clubs, where scarce drink could be found and the war forgot. It was the time of the short piece, the poem, the story and the sketch. Anyone who knew anyone in the loose coterie of Fitzrovia could have anything published. Everything printed was read by a nation avid for learning and waiting for action.

War Like a Wasp recreates a feverish and democratic time using the words of the period. In his original and witty account of the decade, Andrew Sinclair has made sure nobody will ever think of the 1940s in the same way again.

‘Soho and the disease writers caught there, Sohoitis, are the main enthusiasm of War Like a Wasp. They make Sinclair’s book a keen Remembrance of Times Pissed – Dylan Thomas brawling, brawling, getting the DTs, Dan Davin slugging or about to be slugged, the unsubsidised editor Tambimuttu (known to some as Tuttifrutti) cadging drinks and poems, louche painters clustered about Nina Hamnett’s dying Parisian flame, huge Anna Wickham biting people in the head, all the rough traders, brief encounters and lost girls.’ Valentine Cunningham, the Observer

‘He has a talent for creating memorable phrases. He calls Dylan Thomas ‘the poet with lips like Michelin tyres’. He describes the aftermath of a bombing raid in prose that is uncommonly vivid. He makes you see and smell the terrible damage.’ Michael Sheldon, Washington Post This original book gives a revealing picture of the extraordinarily talented group of men and women who produced Horizon, the foremost… 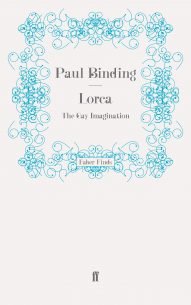