‘Milward has that rare gift of being able to capture and distil an entire generation in a single sentence. Brilliant. Very very funny and utterly original.’ Helen Walsh

Format
Ebook
ISBN
9780571250820
Date Published
19.01.2022
Delivery
All orders are sent via Royal Mail and are tracked: choose from standard or premium delivery.
Summary

Bobby – the so-called ‘love child of Keith Haring and Basquiat’, holed up in a Middlesbrough tower block – works on his canvases under the influence of pills-on-toast, acid-on-crackers and Francis Bacon. When Bent Lewis, a famous art dealer from that London appears, Bobby and friends are sent on a sweaty adventure of self-discovery, hedonism and violence involving a 2.5cm-head claw hammer.

A love song to a loveless Teesside and a portrait of a deeply dysfunctional, creative and drug-sodden world, Ten Storey Love Song is a ferocious slab of concrete prose peppered with beauty and delivered with glorious abandon.

This 24-year-old Middlesbrough resident's debut Apples made a fan of his hero Irvine Welsh. His second book, Ten Storey Love Song, starts with Es on toast and ends in an unfinished sentence. What's in between is astounding. As he says, 'It's about sex, death, paint and sweets.' Look away if you're easily shocked, otherwise pre-order now.

Richard Milward was born in Middlesbrough in 1984, where he now lives and works. His debut, Apples, was published in 2007, and his second novel,Ten Storey Love Song, in 2009, both to huge critical acclaim. He graduated from Byam Shaw at Central St Martins in 2008 with a Fine Art degree, and is currently working on his next novel. 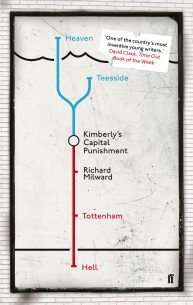 Kimberly’s Capital Punishment by Richard Milward is an outrageously dark and witty underground novel from the acclaimed writer of Apples.

An outrageously dark and witty underground novel from the acclaimed writer of Apples.

Apples by Richard Milward is a shocking, tender and funny debut novel from a twenty-one year old, telling the story of…

Apples by Richard Milward is a shocking, tender and funny debut novel from a twenty-one year old, telling the story of… 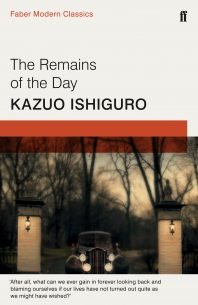