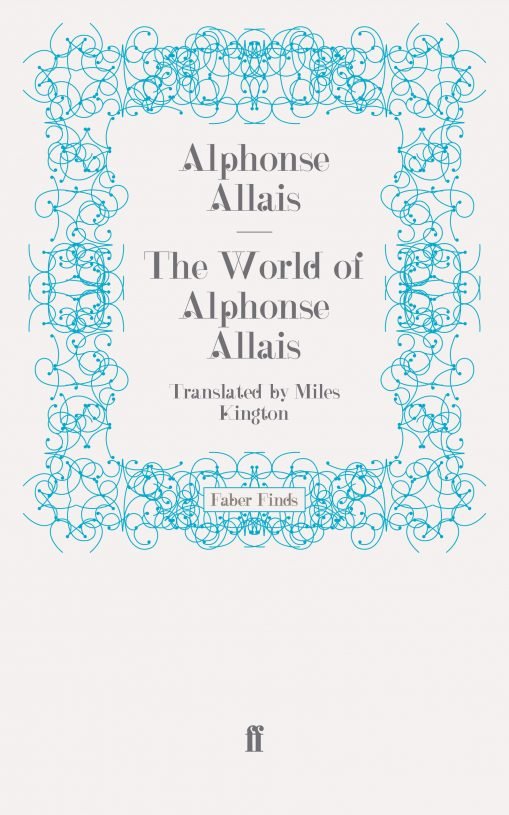 The World of Alphonse Allais

Format
Paperback
ISBN
9780571247387
Date Published
27.11.2008
Delivery
All orders are sent via Royal Mail and are tracked: choose from standard or premium delivery.
Summary

In one of his Independent pieces Miles Kington once referred to a volume of Edward Lear’s limericks translated into French. Not an easy task, you might think, and in translating Alphonse Allais into English, Miles Kington set himself a similar challenge. He carried it off with panache. As Max Harrison said in The Times, ‘… has done a difficult job well, even preserving some of Allais’s puns’.

Alphonse Allais has been described as the greatest humorous writer ever. In the words of Lisa Appignanesi, ‘Allais was a consummate absurdist. From an ordinary phenomenon, simple sentiment or situation, he would logically deduce the looniest, most macabre and most unexpected result … His humour kept all Paris, high and low, waiting breathlessly for the paper which would carry his next tale …’

On first publication, in 1976, Clive James in the Observer said ‘Allais has been dead 70 years but his mocking tone ensures him a permanently relevant after-life’.

And John Sturrock in the New Statesman, ‘Allais stands, along with Jarry, at the head of the most dazzling and highly educated tradition of French humour, as witty as it is whimsical’.

Faber Finds offers this rare book as a tribute not only to Alphonse Allais but also Miles Kington, two great humorists in tandem.

Miles Kington (1941-2008) was a British journalist, humorist, musician (he played double bass for Instant Sunshine) and broadcaster. Perhaps best known for his ‘Let’s Parler Franglais’ books, he was also a prolific journalist, writing for Punch, The Times, the Independent and The Oldie. He was a jazz and steam railway buff as well: in short a good, kind and very…