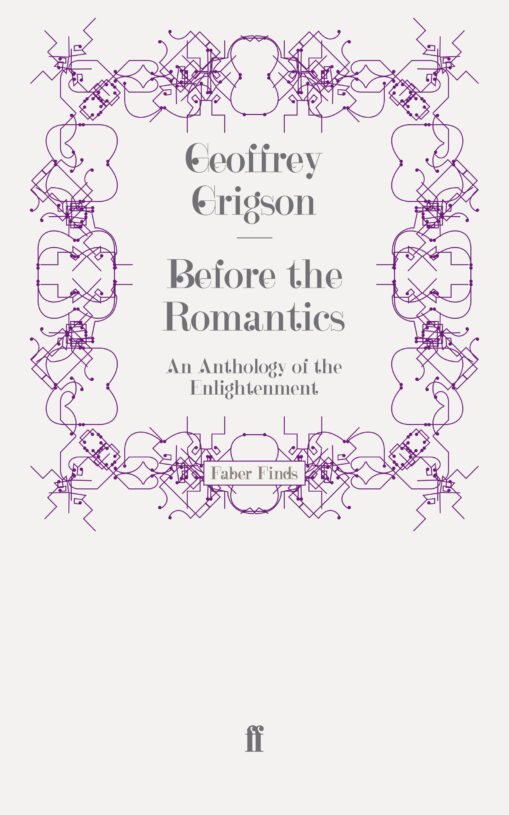 Format
Paperback
ISBN
9780571242849
Date Published
29.05.2008
Delivery
All orders are sent via Royal Mail and are tracked: choose from standard or premium delivery.
Summary

The second in a trio of anthologies by Geoffrey Grigson (The Romantics, Before the Romantics and The Victorians) that are both highly entertaining and provide a fresh approach to the ideas of an age. Primarily anthologies of poetry, with prose from the era to illustrate it, they have been universally praised for their great scope and their original take on English literature.

In Before the Romantics, Grigson anthologizes ‘the variety and vigour’ of the thinking and writing of the Enlightenment. Putting the pieces in an entirely new context, Grigson examines the way that reason and imagination intertwined, or collided head on, in the period. The central writers are Pope, Dryden, Johnson and Swift, but philosophers such as Locke and Hume, scientists such as Robert Hooke, artists such as George Stubbs are also represented. From this lively, eclectic selection, Grigson shows that ‘there is more “hunger of the soul” bubbling up . . . in the Gobi of Reason than is allowed for in that popular estimate of the late seventeenth and eighteenth centuries’.