In Anthony Burgess, Roger Lewis tracks the author of A Clockwork Orange from Manchester to Malaya to Malta to Monte Carlo to create a deliriously kaleidoscopic modern classic about an antic disposition.

Format
Paperback
ISBN
9780571217212
Date Published
16.10.2003
Delivery
All orders are sent via Royal Mail and are tracked: choose from standard or premium delivery.
Summary

‘Like his subject, Lewis is an intellectual showman, a connoisseur of the arcane, a collector of titillating trivia . . . Fascinated with Burgess’ consummate fakery and repelled by his control-freakery, Lewis nonetheless succeeds in humanising this sacred monster.’ Christopher Silvester, Daily Express

The author of over sixty books – most famously A Clockwork Orange – Anthony Burgess, Roger Lewis argues, was the writer as faker and prankster who lived, like an actor, by deception and illusion. Tracking his quarry from Manchester to Malaya to Malta to Monte Carlo, Lewis assesses Burgess’ struggles and grudges and in the process creates a deliriously kaleidoscopic modern classic about an antic disposition. Outrageously funny and irreverent, Anthony Burgess explores the divisions that characterised its subject and conjures a cast of drunks, nymphomaniacs, egotists, journalists and famous twentieth-century authors.

‘Lewis himself has a novelist’s eye for detail . . . Will be read long after Burgess’ works have vanished into oblivion.’ Jeremy Lewis, Mail on Sunday

‘This book abounds with such sublime moments of resurrection, on the wings of Lewis’ mordant humour. The two of them wrestle for every page. Is this fission or fusion? Either way the energy release is enormous.’ Duncan Fallowell, The Times 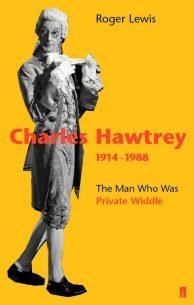 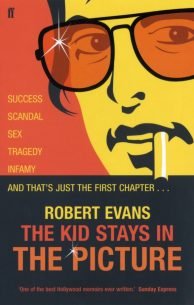 The Kid Stays in the Picture
Robert Alan Evans
£14.99 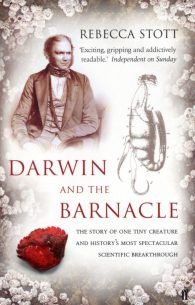 Darwin and the Barnacle by Rebecca Stott, lavishly illustrated and superbly told, is the fascinating story of how genius sometimes proceeds…