In the second episode of the Faber Poetry Podcast, Rachael and Jack have Sophie Collins and Emily Critchley in the studio to discuss, among other things, female authorship, having a lightbulb moment for Denise Riley and the art of leaving a poem without a conventional ending. Audio postcards in this episode come from Jillian Weise, Jennifer L. Knox and Nuar Alsadir.

Listen to this episode and subscribe now on your favourite podcast platform so you don’t miss forthcoming episodes in our first six-part series.

SOPHIE COLLINS grew up in Bergen, North Holland, and now lives in Edinburgh. She is co-editor of tender, an online arts quarterly, and editor of Currently & Emotion (Test Centre, 2016), an anthology of contemporary poetry translations. small white monkeys, a text on self-expression, self-help and shame, was published by Book Works in November 2017 as part of a commissioned residency at Glasgow Women’s Library. Who Is Mary Sue? (Faber & Faber, 2018) is her first poetry collection. 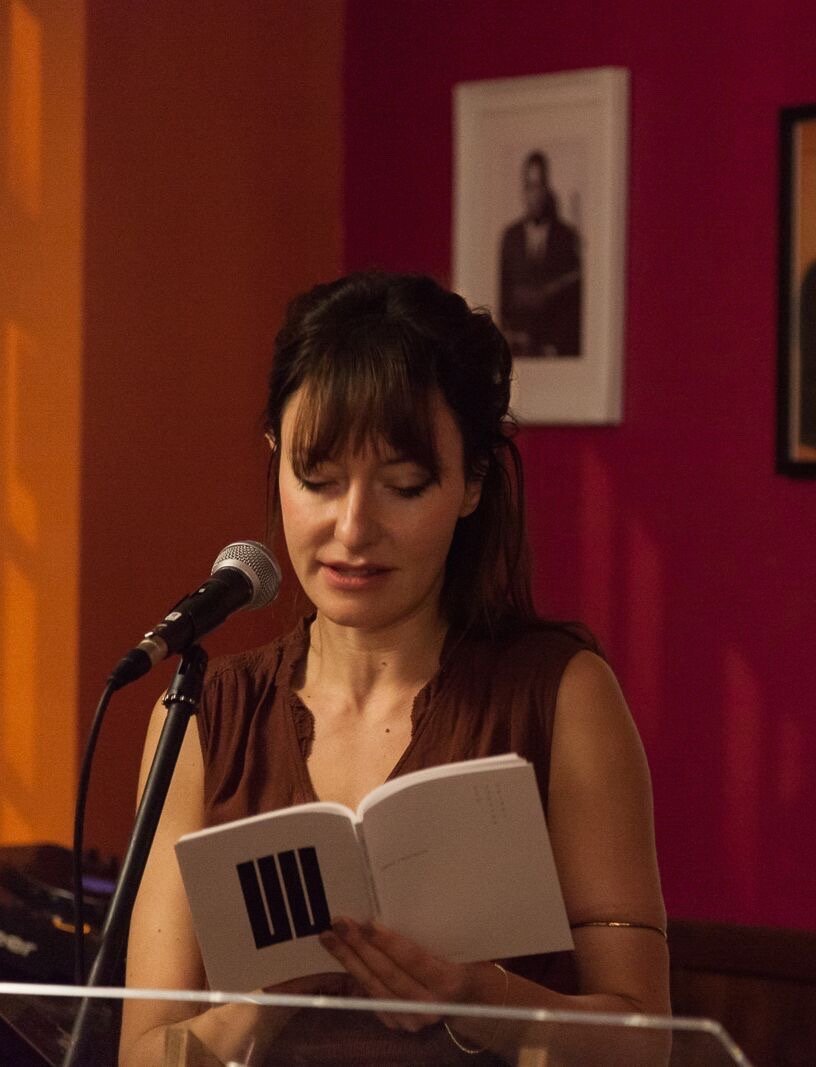 EMILY CRITCHLEY is the author of Ten Thousand Things published by Boiler House Press. She also has poetry collections with Barque, Intercapillary, Corrupt, Holdfire, Torque, Oystercatcher, Dusie, Bad and Arehouse presses and a selected writing: Love / All That / & OK. She has also published critical articles on poetry, philosophy and feminism and is the editor of Out of Everywhere 2: Linguistically Innovative Poetry by Women in North America & the UK. Critchley is Senior Lecturer in English and Creative Writing at the University of Greenwich, London.

‘The responsibility of the poet in the voice of Ray Bradbury as channelled by the cyborg Jillian Weise’ written and read by Jillian Weise. Jillian Weise’s collection The Amputee’s Guide to Sex (2007) was reissued by Soft Skull Press in 2017.

‘Marilyn, every day we wonder’ written and read by Jennifer L. Knox. Jennifer L. Knox’s most recent collection Days of Shame and Failure (2015) is published by Bloof Books.

RACHAEL ALLEN is the poetry editor at Granta magazine, co-editor at the poetry press clinic and of online journal Tender. A pamphlet of her poems was published as part of the Faber New Poets scheme, and her first collection will be published by Faber in 2019. She has published two books in collaboration with visual artists, Jolene with Guy Gormley (Matchsticks Books) and Nights of Poor Sleep with Marie Jacotey (Test Centre). She is the recipient of an Eric Gregory award and New Writing North’s Andrew Waterhouse award.

JACK UNDERWOOD is a poet, who also writes short fiction and non-fiction. A recipient of the Eric Gregory Award in 2007, he published his debut pamphlet in 2009 as part of the Faber New Poets series. His first collection Happiness was published by Faber in 2015 and was winner of the 2016 Somerset Maugham prize. He is a lecturer in creative writing at Goldsmiths College and is currently writing a non-fiction book about poetry and uncertainty. Two pamphlets, Solo for Mascha Voice and Tenuous Rooms will be published by Test Centre in 2018.