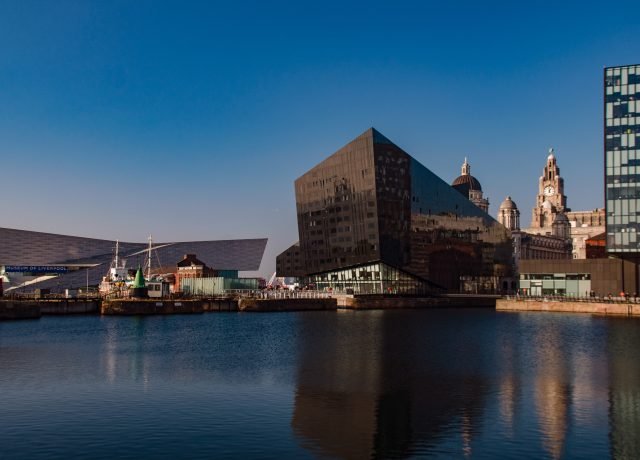 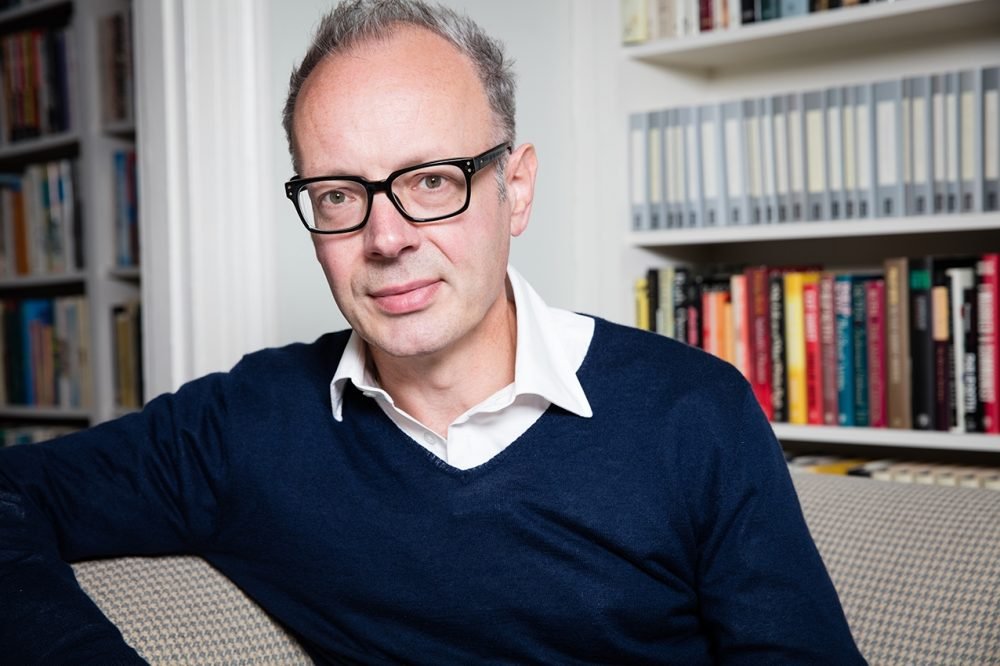 Liverpool is, according to one famous man, “the Pool of Life”, and visitors who chance a dip in it will find the experience immersive.

In the second half of the 20th century its fame – to outsiders, at any rate – rested on two major axes: music and football. My favourite Liverpool books feature a seminal work on the former, but nothing on the latter, which is strange given how many of them I’ve read. In truth there’s no football book I know of that deserves the status of classic. Perhaps if there were I’d have felt more intimidated about trying to write one myself – a football book, I mean, not a classic. Klopp: My Liverpool Romance is a memoir about being a fan, and about growing up in Liverpool. But it’s also, as some reviewers pointed out, a quirky kind of love letter to the man who turned our club around. Jürgen Klopp seemed, and still seems, a character apart in sport, a coach who loves football but understands that it’s no substitute for living a good life. His charisma, his social values and his wit (that big laugh) have enlivened the British game these last six years. What endeared him to us is that he “got” Liverpool straightaway, the city, the club, the people. It still feels a matter of pride that he’s our manager.

I’d like to think he might read my book one day, but in all honesty I’d just be happy for him to stay at Anfield and win us another title.

This is the most beautiful, if not the most significant, book ever written about Liverpool. Quentin Hughes (1920-2004) was a man of action who won the Military Cross twice, served in the SAS and narrowly escaped execution by the Gestapo. He was also a maverick historian who had Liverpool in his blood. He saw that the city’s Victorian streets and buildings possessed a grandeur to rival anything in Florence or Venice, and illustrated his account with superb inky photographs (by Graham Smith and David Wrightson). “In this paradoxical city the atmosphere is by turns pure and fresh and limpid so that the pinnacles of the Liver Building stand out across the silver streak of the river and the sunsets throw a splendid crimson wash across the city skyline, or blackened with filth and smoke as the clouds bear down the soot-laden air upon the very roofs of the buildings”. Its publication in 1964 was timely, on the cusp between Liverpool’s imperial past and its ill-conceived venture into modernism; many of the streetscapes and landmarks Hughes celebrated were about to be reduced to dust. Today the book stands as a monument to its glory days, still faintly visible as long as you know where to look.

Music is the heart of Liverpool, and this majestic tour d’horizon of its famous sons and daughters roots its appeal in the native fondness for melody, language and surrealist humour. Tracing its history from the dockside pubs of Melville’s “Sailor Town” right through to the Cavern of a century later Paul Du Noyer investigates not just the melting pot of Irish and American influences but the city’s die-hard obsession with entertainment: for Liverpudlians nothing gets in the way of a good time, and most good times revolve around music. The Beatles are paid their glorious due, yet this is an ensemble portrait that takes in Billy Fury, Cilla Black, Merseybeat, Eric’s and punk, Teardrops and Bunnymen, the rise of Cream and the short-lived blaze of The La’s. Du Noyer, a biographer of Lennon and McCartney, covers the waterfront with a warmth and eloquence that I first encountered as a reader of the NME, where he championed many of the bands featured here. He’s a great listener as much as anything, and gets the musicmakers to tell the story in their own words. If you want to know why and how music has shaped the city, this book is the place to start.

‘Sharples’s description of Ellis as “a frustratingly shadowy figure” were the words that stirred me to begin my first novel, The Rescue Man, a double vision of Liverpool in the frenzy of its 1860s rebuilding and the catastrophe of the Blitz. I couldn’t have written it without this book.’

This Pevsner Architectural Guide gives a peerless account of Liverpool’s history through the texture and design of its buildings. Spectacular growth in the 18th century and its rise to prominence as the second city of Empire in the 19th are set against a drastic reversal of fortune in the 20th, when its strategic importance made it a target of Luftwaffe raids during the war. Much was lost, though as Sharples ruefully notes, “bomb damage was less destructive than the subsequent efforts of architects and planners”. Nevertheless, there is a definitive vade mecum to its remaining heritage in the parks, churches and pubs, in the magnificent spectacle of public buildings like St George’s Hall, the Anglican Cathedral and the Albert Dock. It also celebrates the architects of the Victorian era, such as the Fosters (father and son), Harvey Lonsdale Elmes and the visionary Peter Ellis, whose Oriel Chambers and 16 Cook Street survive to this day. Sharples’s description of Ellis as “a frustratingly shadowy figure” were the words that stirred me to begin my first novel, The Rescue Man, a double vision of Liverpool in the frenzy of its 1860s rebuilding and the catastrophe of the Blitz. I couldn’t have written it without this book.

A recent and brilliant memoir of Liverpool as a place of wraiths and revenants, of vanished streets and forlorn spaces. A lecturer and playwright, Jeff Young goes on a near-hallucinatory wander around his city, recalling a childhood both paradisal (his close family) and terrifying (a spell in the fever hospital) in an Everton neighbourhood that was “always more beautiful in the rain”. At times the mood answers to the elegiac sadness of Terence Davies (Distant Voices, Stil Lives) and John Lennon at his most tender (In My Life), though the narrative voice is entirely Young’s own. A bookish youth who hated school, he came to reading through curiosity and found his secret self in A Kestrel for a Knave: “It mattered, and that meant that I mattered and so did my desire to create”. Like all great writers he has a feel – and an eye – for the uniqueness of place, and makes of the undervalued and overlooked a kind of urban ballad: the Futurist Cinema on Lime Street, now torn down, will live on in these pages. If there’s deep affection here there is rage, too. Why has Liverpool always ended up with such terrible guardians?

Though born a Dubliner, E.Chambré Hardman became Liverpool’s great photographer of the 20th century, and its recording angel. Best known for his smokily romantic picture of a café trio in Avignon – photography’s equivalent of Le Dejeuner sur l’herbe – he set up shop in Liverpool during the 1920s and first made his name as portraitist to the city’s middle-classes. He was soon joined by Margaret Mills, who became his wife and business partner. Their house at 59 Rodney Street, occupied by Hardman until his death in 1988, is now a NT museum, and a ghostly domicile complete with studio, darkroom and kitchen. This book of photographs, some in sepia half-tones, catches all sides of the city – its factories and docks, bridges and tunnels, shops and sculptures, vast elevations and quiet interiors. It is both Liverpool as a tough port city and an atmospheric record of urban graciousness – one bird’s-eye view of the Cunard Building recalls the towering might of Manhattan, while another of the old Central Station has echoes of Paris or Lyons. Liverpool never looked more alluring than in these tremendous photographs.

Klopp: My Liverpool Romance by Anthony Quinn is out now in paperback. 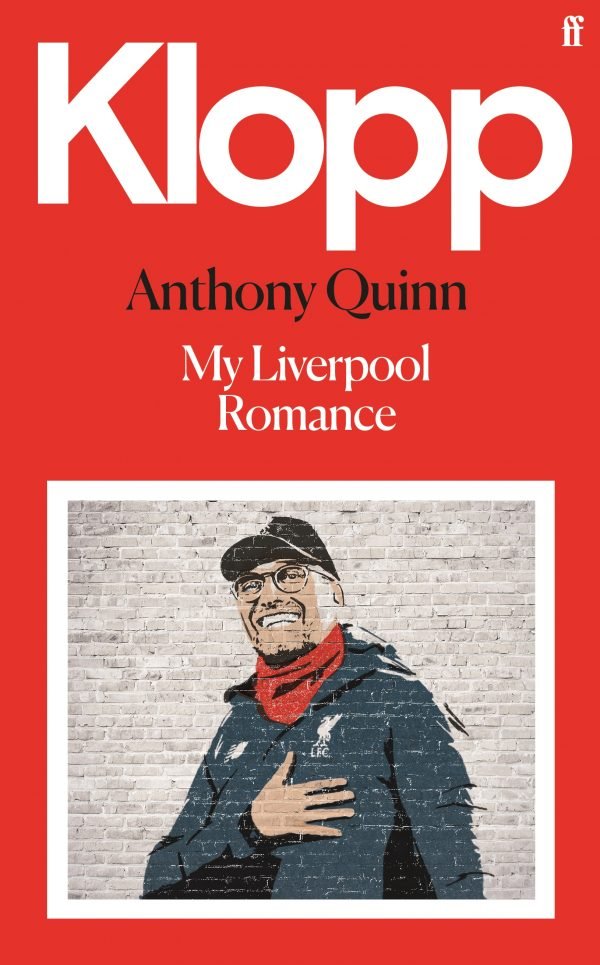