View Basket Proceed To Checkout
Quiz: Sally Rooney’s Beautiful World, Where Are You

Try your knowledge of Sally Rooney’s third novel, now out in paperback: how many of our 12 questions can you answer?

Who illustrated the distinctive jacket cover for Beautiful World, Where Are You?

Who arrives late to Alice and Felix’s first date?

When we first meet Eileen in the book, what is she reading on her lunch break?

Who lives at 16 Ocean Rise?

Shortly after Felix and Alice meet, which city do they travel to for the publication of Alice’s book in translation?

Who says ‘You might flatter yourself you’ve hurt me very badly, but I can promise you I’ve been through worse’?

What object does Alice purposefully smash in her kitchen in front of Felix?

Eileen writes to Alice about her theory that ‘human beings lost the instinct for beauty in 1976’ because of what event?

‘He’s one of these people who’s so attractive I think it’s actually warped his sense of self.’ Who does Alice say this about?

What news does Elieen give Alice in her final email of the book?

What novel does Elieen describe as ‘juicy’ and throw across the room once she has finished reading it?

Correct! Wrong!
Quiz: Sally Rooney’s Beautiful World, Where Are You
It's not such a beautiful world after all . . . 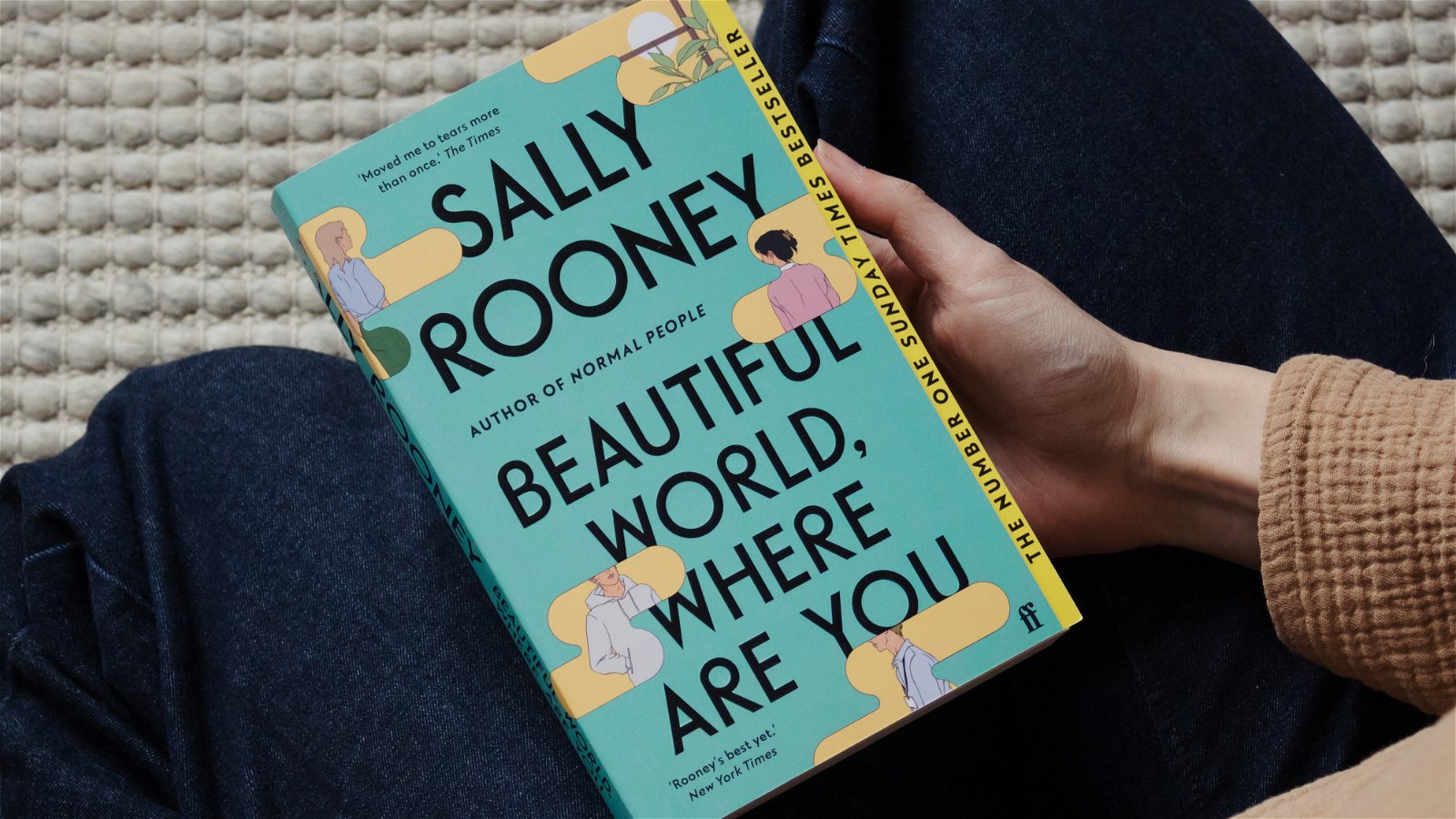 Time to get reading so you can take this Quiz again and get a better score! Sally Rooney's Beautiful World, Where Are You is out now in paperback.
The world is almost beautiful, but not quite . . .

Nice try - we recommend some re-reading so you get a better score next time! Sally Rooney's Beautiful World, Where Are You is out now in paperback.
It's nearly a beautiful world . . .

Great score - you know the book well, congratulations! Sally Rooney's Beautiful World, Where Are You is out now in paperback.
The world is beautiful indeed . . .