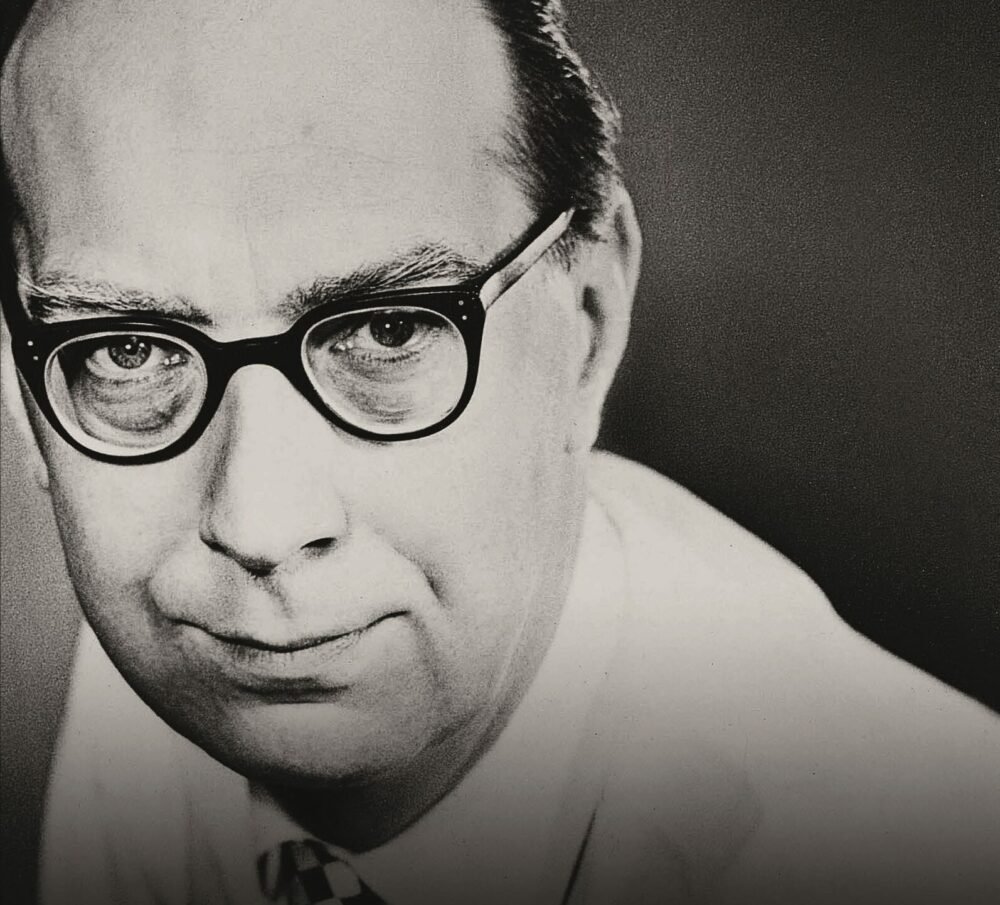 In the Philip Larkin’s centenary year, we republish an article remembering him by autobiographer and publisher Jean Hartley.

In her memoir Philip Larkin, the Marvell Press and Me, Jean Hartley recalls how, from unlikely post-war, working-class origins, rose an innovative poetry journal, which then became the small, Hull-based company publishing the likes of A. Alvarez, Kingsley Amis and, most memorably, Philip Larkin. Hartley’s story and Larkin’s overlap significantly, and here is Hartley with an introduction to her book, which was reissued in 2010.

Jean Hartley’s story begins with her birth in Hull in 1933 and her early life and schooldays in the heart of the fishing area of the town. Her parents were poor and uneducated but keen to keep both her away from factory work, and her brother out of ‘the fishing’. When she was six the Second World War broke out and she describes the unhappy experience of being evacuated to Filey on the East Coast and then to Lincolnshire. In between times there were two years spent in Hull, at the height of the town’s horrific bombing, traipsing nightly between the communal air-raid shelter and her shell-shocked home.

Always a keen reader, her love of poetry and literature was fostered at school by a gifted teacher and later by Richard Hoggart whose W. E. A. classes she joined after leaving school at fifteen as a half-trained shorthand-typist.

Inadvisable congress with a poet led to her pregnancy at seventeen and she spent some months in the local home for unmarried mothers. Keeping the baby, she worked as a live-in housekeeper and in shops and offices until George Hartley, a bookish young art student, began to pay court. Jean and George had known each other since they met at a jazz club, when both were fourteen, and they shared many cultural interests.

They decided to start a poetry magazine, originally to be called Poetry Hull, though Jean soon persuaded George that Listen was more arresting and sounded less provincial. One of their first invitations to contribute was to Ezra Pound, who was at that time incarcerated in St Elizabeth’s Hospital, and in the first issue of Listen they printed part of his reply, which ran:

‘Congrats on showing a spark of life in your distressed area. Birdie no sing in cage. Can I serve you in any other way? Cordially E. P.’

The second issue of Listen contained poems by Philip Larkin, Donald Davie, A. Alvarez, Kingsley Amis, John Wain and others who roughly constituted the group that became known as The Movement. Jean and George were most particularly struck by the poems of Philip Larkin who was at that time working at Queen’s University, Belfast. When George decided he wanted to publish a single volume of poems, he and Jean were united in choosing to ask Philip Larkin. His first contribution to Listen had been ‘Toads, Spring and Dry-Point’. The Hartleys loved his wide range of mood, his accessibility and the rare combination of wit, lyricism and disenchantment.

By this time Jean was pregnant again. She and George had married and moved into a small two-up and two-down cottage, with no mod. cons. in Hessle on the outskirts of Hull. They had also acquired a typewriter and founded The Marvell Press. These early chapters show not only the drabness and hardship of the 40s and 50s but also the naïve optimism of two working-class intellectuals who, like Willy Russell’s later creation, Rita (Educating Rita) were determined ‘to sing a different tune’.

Larkin’s response to the Hartley’s invitation to publish a books was that he would be happy to submit a collection provided that it cost him nothing and that they made a good job of it. His only reservation was that he had just been appointed Librarian at Hull University so would be living in Hull in a few months time and did not care to have any link between his life as a poet and his profession of librarian; ‘the man who creates and the man who suffers’. The Hartleys reassured him there would be no local publicity. The book was well underway when in 1955 Larkin went to live and work in Hull. Since he knew no one at the University, the Hartleys became his first friends and most Saturdays he would cycle from Hull with a rucksack of the week’s shopping on his back, to spend the afternoon, have tea with them and, metaphorically, let his hair down. Larkin was delighted to watch The Less Deceived grow and to take an active part in the publication process, the nuts and bolts of which the Hartleys knew very little. Since the Hartleys had no money, the book was published by subscription with a roll of honour at the back listing the names of the subscribers. Larkin supplied the Hartleys with what he called his ‘sucker list’. ‘Now I’ll find out who my true friends are.’ The book was a great critical success and gradually became what passes in the poetry world for a best-seller.

Collections of poems by John Holloway, Anthony Thwaite, Donald Davie, W. D. Snodgrass and an expanded reprint of Ezra Pound’s 1916 memoir of Gaudier-Brzeska followed at intervals when funds allowed. Listen also appeared sporadically with covers specially designed by Stanley Chapman, Patrick Heron, Henry Moore and others. The informative and amusing detail of hand-to-mouth living and the pleasures and pains of shoestring publishing described in these chapters is particularly entertaining.

By 1965, the Hartleys, impatient at hearing Larkin’s poems read by over-elocuted actors on the Third Programme, and feeling the poet’s voice must be the authentic one, formed a recording company, Listen Records, and inaugurated it with an L. P. record of Larkin reading the whole of The Less Deceived. They followed it with L. P.s  of Robert Graves, William Empson, Thom Gunn, Larkin (reading ‘The Whitsun Weddings’), Kingsley Amis and Stevie Smith.

By 1968, the Hartleys’ marriage, never easy, became so strained that Jean and the girls left George and she enrolled on an English Literature B. A. degree course at Hull University, followed by a M. A. in Victorian Studies. Money was even tighter now as the three scraped to exist on one student grant. Jean documents her, mostly, unsuccessful short career as a landlady and tells a hilarious tale of breaking into the family home to recover some of her clothes and property. Later she writes about her busy, satisfying teaching career and her fifteen year relationship with a man twenty-five years younger than her herself. Larkin remained Jean’s friend until he died in 1985 and there were many telling glimpses that show him as a loyal, witty and generous man. The book ends with Jean’s retirement and an outline of her subsequent career as a painter and designer, grandmother and occasional writer.

This post was originally published on the Faber blog in July 2010. Jean Hartley was one of the organisers of Larkin25, a series of events in Hull commemorating the 25th anniversary of the death of Philip Larkin. Philip Larkin was an English novelist, librarian and celebrated poet, who has been awarded numerous honours including the Queen's Gold Medal for Poetry. Born in Coventry in 1922, he was educated at King Henry VIII School and Oxford University. His first book of poetry, The North Ship, was published in 1945, followed by The Less Deceived (1955), The Whitsun Weddings (1964) and High Windows (1974). 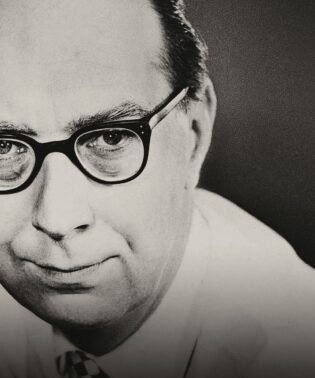 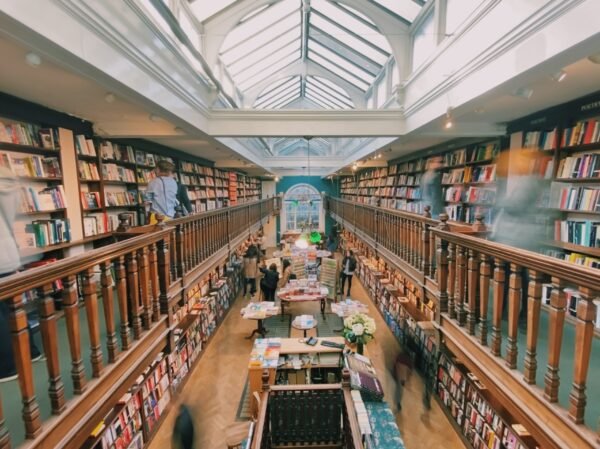 Some Favourites for Independent Bookshop Week 2022

To celebrate Independent Bookshop Week 2022, we dust off lists of indie bookshops all over the UK that are loved …