Julia Dahl is the author of the newly published Conviction, a thrilling crime mystery which traces journalist Rebekah Robert’s unearthing of the truth in a decades-old triple murder case in Brooklyn, New York. Here, we turn the tables on Julia, who is also a journalist and ask about her crime and writing influences . . .

Which books have most influenced you as a crime writer?

Do you listen to any crime podcasts, if so which ones?

I’m picky, but when I find a crime podcast I like, I binge. I highly recommend In the Dark, about a young boy who was kidnapped and murdered in the 1980s in Minnesota. It is terrifying, but also – through a strange stroke of fate – very satisfying.

Right now I’m listening to Atlanta Monster, which is about the mysterious murders of dozens of black boys in Atlanta in the late 1970s and 1980s, and it makes me gasp at least once every episode; and Ear Hustle, a funny, enlightening, simultaneously heartwarming and heartbreaking podcast produced by inmates at California’s infamous San Quentin prison. 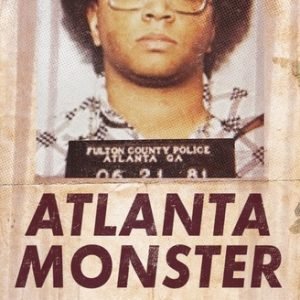 Do you have a writing routine?

I did, and then I had a baby! Now, I’d say my routine is a work in progress. I don’t outline, but I make notes longhand, and in my notebook I always try to stay at least a chapter or scene ahead of what I’m writing on my computer so that I have a sense of where I’m going every time I sit down to actually plunk out pages. I wrote big chunks of my first three books at a writing retreat where I had two weeks alone, with no responsibilities and no enforced routine. It was heaven, but I can’t leave my son for two weeks – and honestly, I don’t want to. So, as I’m writing my current novel, I’m working on finding routine and strategy.

Last year I asked author Laura Lippman for advice on how to be productive as a writer while also being a present, happy mother. She wrote me a long email about how tough it can be, and that it was likely always going to be a bit of a battle, but advised that I set time aside to write and guard it like an ogre. I’m trying to do that. Has a recent book or article given you a fresh perspective on an issue or subject?

This sounds odd, but I don’t think I’d truly understood how women could be sexual predators until I read Tampa, a creepy, brilliant novel by Alissa Nutting about a middle school teacher who seduces one of her students. It opened my eyes – and, as the mother of a young boy, terrified me.

Which book have you never finished?

I can’t believe I’m admitting this, but I’ve never finished a book by Virginia Woolf.

Is there a book which you often re-read? 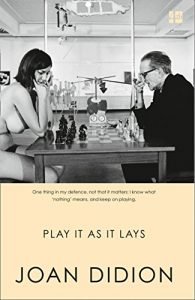 Didion’s ruthless dissection of American life in the late 1960s

Every couple of years I re-read Play it as it Lays by Joan Didion, a novel about a woman living what some people might call a dream life in California in the 1960s. She is wealthy, beautiful, and, essentially, miserable. It’s not crime fiction, but it’s moody, unnerving, and brutally honest about painful subjects like suicide, alcoholism and abortion. It’s a book that teaches me something – and disturbs me – every time I read it.

In Conviction, Rebekah Roberts receives her case from the Homicide Blog: are there any real crime blogs that you scroll through yourself?

The Homicide Blog in Conviction is based on a website called Homicide Watch D.C., which was started by a brilliant journalist named Laura Amico. The site, which is sadly no longer active, bore the tagline: ‘Mark every death. Remember every victim. Follow every case.’ I actually don’t read too many crime blogs, but I read a lot of news about criminal justice. The Washington Post, The Trace (a website devoted to coverage of guns and gun violence), ProPublica, the New Yorker, and NPR – these are my go-tos.

Can you tell us about any up-and-coming crime authors to watch out for?

‘A murder mystery for our tumultuous times’ New York Magazine

What are you afraid of? Five chilling book recommendations
Feature
Read More