To celebrate the publication of his debut novel, we asked The Hunted author Gabriel Bergmoser which horror movies have made an impact on his writing. 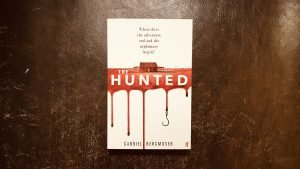 In writing The Hunted, I drew inspiration (read: stole) from many different sources, predominantly the horror films that blew my mind as a teenager. There was a particular thrill to discovering stories that weren’t afraid to get dark and, in some cases, thoroughly harrowing. But to me the greats always found a way to be more than just horror, and for my money, the seven films listen below are the all-time greats. The Silence of the Lambs is as close to perfect as a film can get. It not only stands up to multiple viewings, but rewards them. It is impeccably constructed and never less than utterly entertaining. It balances humour, horror and heart in a way that seems effortless. It is nothing more or less than the product of several brilliant artists operating at the top of their considerable game. From its opening scene it drags you in and holds you until its punch-the-air denouement. Those scared off by a fearsome reputation and endless parodies are missing out. Silence is a masterpiece of several genres and remains the gold standard of suspense film-making even today. 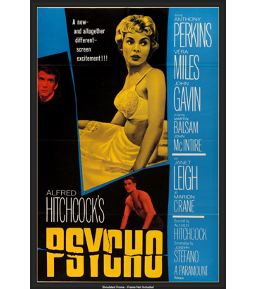 Psycho is such an icon of classic cinema that it’s easy to forget what a game-changing rule breaker it was. With wicked delight it shattered taboos and gave a middle finger to conventions of storytelling and propriety. And despite cultural ubiquity it retains its unique power even today. Recently I went to see Psycho at a packed cinema with a group of friends who had never seen it before. Early titters at dated dialogue very quickly slipped away as the plot got underway and by the time of the famous shower scene there was total silence as the film transfixed a whole audience sixty years after its release. There are very few movies, let alone horror movies, that can pull that off. 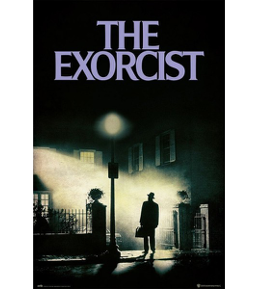 I’m going to be honest here, The Exorcist isn’t very scary anymore. Even seeing it as a kid for the first time, I thought it’s ‘most terrifying film ever’ reputation was overblown. But what it is more than anything is a very, very good movie. Like Jaws or The Godfather, The Exorcist has that uniquely 70s quality of utter craftsmanship on every level. Complex characters with compelling arcs that begin and end in two hours, a natural flow from one scene to the next, central dilemmas that may not be inherently universal but can be read as stand-ins for any number of problems that are. For all of those reasons, it doesn’t remotely matter that the film isn’t as scary as it once was. The quality of the thing demonstrates that from the beginning it was far more concerned with being excellent, and on that front it succeeds and then some. 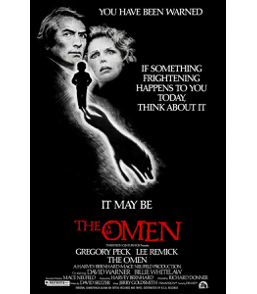 Part of what makes The Exorcist work is its heart: the desperate plight of a mother trying to save her daughter and the sacrifices of the troubled yet compassionate priests striving to help (incidentally, qualities that made the recent TV show sequel so good). The Omen, its fellow 70s Satanic hit, has different concerns. It’s a far nastier beast, one that has no qualms killing off the good guys purely because it can, a film with a bleak and chilling ending that suggests there are some evils impossible to overcome. That The Omen finds its nihilism in a straight-faced interpretation of Biblical texts just adds to its cold-hearted power. There is nothing that can save you, it says, because this was all foretold and cannot be averted. Its terrifying music does much of the heavy lifting to create this sense of grim inevitability, the notion that in the face of true evil our own goodness means very little. 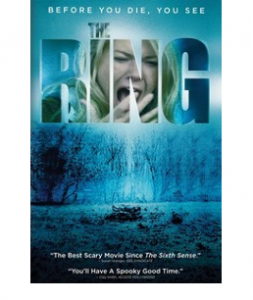 One of my most shameful secrets: I prefer the 2002 American remake of The Ring to the Japanese original. Partly this is due to nostalgia. The Ring was the first horror movie I saw as a kid and it single-handedly kickstarted my love of the genre. But apart from anything else, it is a film that is drenched in atmosphere. The haunting score; the washed-out colour palette; the sense of building dread; the occasional flashes of subliminal horror. For my money it’s a highly underrated film. But beyond that, it’s a great introduction to not only the Japanese originals, but to a horror property that is far more complex and layered than casual viewers might assume. The films range from brilliant to baffling, but the real treat is Koji Suzuki’s original novel trilogy, which starts with the cursed video-tape idea and then gradually develops into hauntingly beautiful work of philosophical science fiction. The Saw franchise is my guilty pleasure, except I don’t feel very guilty about it. Only the first two instalments can make any claim to being actually good films, but part of the pleasure of the Saw series lies in the whole. No other horror franchise has so thoroughly committed to the significance of its own minutiae and continuity. A character tucking something into his coat in one film sets up the twist of the next. The crucial contents of a letter written in Saw III are not revealed until Saw VI. The whole franchise delights in set-ups, pay-offs and big implausible twists, and all of that stems from what was established in the original: a low budget, vicious piece of clockwork horror that is far smarter and less blood-soaked than the sequels may have led you to believe.

There’s something inspiring about how the team behind Saw overcame limitations of money and experience to make something that not only is a thoroughly entertaining chiller, but launched one of the biggest horror franchises of all time. Great horror films need more than a killer premise. That A Nightmare on Elm Street had one of the best ever is a huge part of its success, but the real secret to its longevity is the villain. Like Hannibal Lecter, the depth of Freddy Krueger’s monstrosities (he literally murders children) is undercut on screen by his sheer watchability. He’s funny and weirdly charming. There’s a glee to Freddy that increasingly over the course of several films makes us take his side over his unfortunate victims; that kept him coming back no matter how many times the films tried to insist that he had been vanquished for good (even the movie literally called Freddy’s Dead: The Final Nightmare turns out to be a lot less final than it claims).

But the first Nightmare works on multiple levels. The characters are likeable. The kills are memorable. The scares work. Creator Wes Craven believed the film’s power was diluted by the many inferior sequels he had nothing to do with, even going so far as to make that the subtext of his 1994 return to the property New Nightmare, but spawning such a successful franchise in the first place is only proof of Nightmare’s enduing power.

The Hunted is out now in paperback, audiobook and ebook.