The first poem I remember was ‘Mid Term Break’. It was the late 1970s, and I’m pretty sure the poem appeared in the school anthology Voices, which included a wonderfully active photograph of the poet in a windswept field among his young family. This writer was human, with familiar human connections. And the poem – as together we unravelled it in class – was deeply human, too: that ‘poppy bruise’; how the explosive possibilities of language were revealed to us by that delicate juxtaposition. And the unforgettable, devastating logic of the last stray line: ‘A four-foot box, a foot for every year.’

I will never forget the shiver down my spine when I first read Seamus's poem ‘An Open Letter’, with those unforgettable lines where he famously rebuked the editors of The Penguin Book of Contemporary British Poetry (Andrew Motion and Blake Morrison) for including him in their anthology: ‘Be advised my passport’s green/No glass of ours was ever raised/To toast the queen.’ And I particularly love his very short poems, which convey so much in a few short lines – ‘The Rescue’ from Seeing Things is one of my particular favourites. Happy Birthday, Seamus, so much missed.

My first encounter with Seamus was as a young boy accompanying my father, Gill Hess, as he travelled around Dublin bookstores with Seamus, who would sign the many thousands of books my father would sell into the Irish book trade upon every publication. We would call and collect Seamus at his home in Sandymount and go to iconic bookstores such as Fred Hanna’s, Greenes, Eason on O’Connell Street and Hodges Figgis. I used to love the sound as the booksellers would open the brown paper printers’ packs and pile the shiny new editions on the tables where Seamus would meticulously pen his signature. Ever the gentleman, Seamus would always be full of praise for my father, and with every publication he would say this will be another ‘succHess’, supplementing ‘cess with Hess’! And every publication was a terrific success.

I have a deep affection for ‘The Conway Stewart’ and the way the poem unfolds as an idea from the beautifully observed description of a commonplace object to much wider themes of love and art. I think I first encountered this poem when it was read aloud by Seamus Heaney at an event. Not knowing what a ‘Conway Stewart’ was, I probably heard the title and thought of something monumental, like a ship. But it is nothing so grand; it’s a personal object, a type of fountain pen. First there is the beautiful observation of the pen as a small physical object as we watch the process of filling it with ink. The language is rich with humour and precision and the pen feels like a living thing, enjoying its first ‘snorkel’ of ink. Then we realise that its purchase is a farewell gift, a symbolic family ritual for the author who is leaving home for university. From the vividly described appearance and tactile qualities of the pen, to the loving leave-taking and the life of writing it symbolises, we are left thinking about all the writing the author will do with it, for the world in a public sense, and even more importantly, privately to his parents the next day.

My choice is 'The Seed Cutters' from North, which was the first collection that I read by Seamus Heaney. The poem, as do many of the poems in the book, connects our times with those of the past, and with essential quotidian acts that call across time and history, connecting us. In my teens I became interested in the past and touched by my own family’s history, so this poem, and the whole collection, spoke to me as no history book ever had.

My first encounter with Seamus Heaney, I think, came at school with the collection Death of a Naturalist. Then when I was growing up ‘Whatever You Say Say Nothing’ struck a chord in me very strongly. But, really, his poems seemed omnipresent. The work ranges so widely and interweaves so much, from family to nationhood. His lines are like currents which so deftly capture something we can hold onto – an emotion, a moment of everyday wonder, an act of nature, the state of being. So it is with ‘Postscript’ here in the first and last lines: ‘And some time make the time to drive out west’; ‘And catch the heart off guard and blow it open.’

Seamus Heaney’s 1991 collection, Seeing Things, has always felt especially transcendental to me. From the opening equivocal chant of the Sibyl (‘The Golden Bough’) to raging Charon at the close (‘The Crossing’), we are transported between and beyond worlds. The title poem triptych – imbued with ‘shiftiness’, ‘façade’ and ‘ghosthood’ – demonstrates Heaney’s illuminating vision: how he is able to offer up his own ‘zig-zag hieroglyph for life itself’.

I came to Seamus Heaney relatively recently. A friend posted a picture of ‘Postscript’ on Twitter and it blew me away (no pun intended, if you know the poem). The ending sent a shiver down my spine and I found myself reading it again and again, marvelling at the warmth and power of those few words. From there I bought the hardback of 100 Poems and since joining Faber have enjoyed a lot of the early poems, like ‘Death of a Naturalist’, and reading more about Seamus Heaney. But ‘Postscript’ will always be my favourite poem.

My first encounter with Heaney was reading ‘Funeral Rites’ at university. The opening floored me – reminding me of my own father carrying his father’s coffin down the aisle and out of the church; the poem fully realising for me the need for ritual in times of grief and violence. The poem unfurls in three sections, describing first this personal experience of ceremony in death, and then expanding more generally into talking about the violence of The Troubles in Ireland and the kinds of healing that can be borne from ritual. It ends on a hopeful note with Heaney exploring the mythic, and the possibility of breaking cycles of violence in death. The poem is startling and complex, and although the topic is broadly one of extreme brutality, the tone is quiet, understated. The poem moves me now and did all those years ago when I first read it.

Every Seamus Heaney poem is a gift and the ongoing discovery of his work during my time at Faber has been a joy. It is not easy to choose just one poem to recommend, but I love ‘Postscript’ for the beauty of the words and of the message I take from it: the importance of noticing and of being present in every moment. 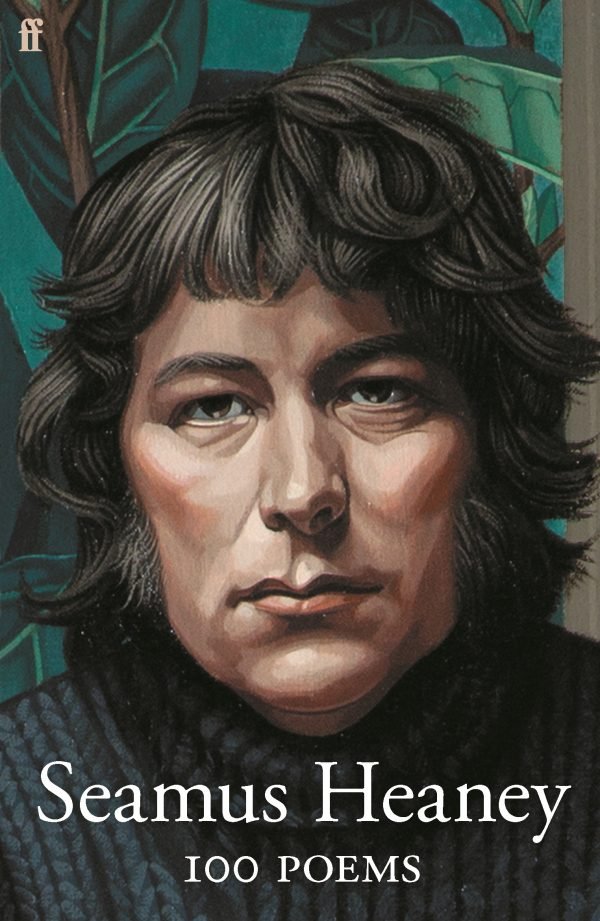 A singular, accessible selection of Heaney’s work, for new and younger readers and for schools – now in paperback. 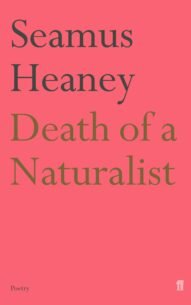 Death of a Naturalist by Seamus Heaney is the stunning and revelatory first collection by the Nobel Prize-winning Irish poet.

Death of a Naturalist
Seamus Heaney
£10.99 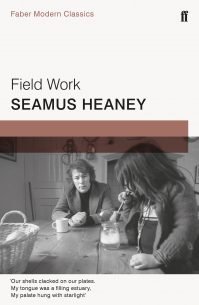 New Selected Poems 1988-2013 by Seamus Heaney offers the poems that Heaney himself selected from his collections Seeing Things, The Spirit… 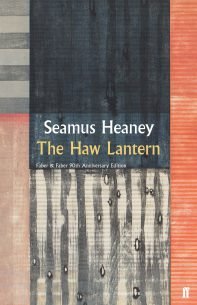 District and Circle, by Seamus Heaney, has become one of the most celebrated volumes of poetry from the Nobel Prize-winning Irish… This World Book Day, the emphasis is on sharing stories. Not just encouraging children to read for themselves, but reading to them. Read an extract from Sally Rooney's critically acclaimed novel Normal People. The love story explores love, friendship and how we …