In the final episode of our first series of the Faber Poetry Podcast, Rachael and Jack are joined in the studio by Edward Doegar and Ishion Hutchinson, who discuss the value of a ‘fake’ talisman and the violence and beauty that can be found in a game of marbles.

Our final audio postcards of the series come from Elaine Kahn and Sara Peters. 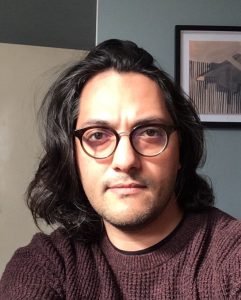 EDWARD DOEGAR’s poems, translations and reviews have appeared in various journals including Modern Poetry in Translation, Poetry Review, Granta and Prac Crit. He is the commissioning editor at the Poetry Translation Centre and is a consulting editor at The Rialto. His pamphlet, For Now, is published by clinic. @edwarddoegar ISHION HUTCHINSON was born in Port Antonio, Jamaica. His first collection, Far District, came out in 2010 and received the PEN/Joyce Osterweil Award. House of Lords and Commons, his second collection, was awarded the National Book Critics Circle Award 2016. Other honours include the Rome Prize, a Guggenheim Fellowship, a Whiting Writers Award and the Larry Levis Prize from the Academy of American Poets. 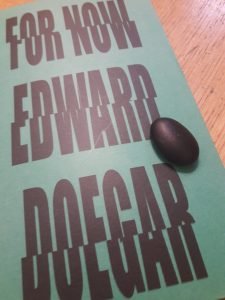 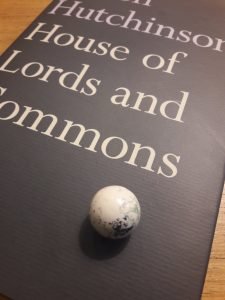 ‘The Stages of Harriet’ written and read by Sara Peters. Sara Peters first collection, 1996, was published in 2013 by House of Anansi.

‘War the War’ written and read by Jack Underwood. Thank you for listening to the Faber Poetry Podcast. Catch up on our previous episodes here or wherever you listen to your favourite podcasts. Don’t forget, if you like our show you can subscribe, rate and review us on iTunes.