We recently took the Faber Poetry Podcast to The Hague for a special event at the Crossing Border Festival. In this live recording, Rachael Allen and Jack Underwood are joined by fellow poets Anthony Anaxagorou, Momtaza Mehri and Hannah Sullivan for an evening of readings and (brief) discussion.

ANTHONY ANAXAGOROU is a British born Cypriot award-winning poet, fiction writer, essayist, publisher and poetry educator. He has published several volumes of poetry, a spoken-word EP and a collection of short stories. His new collection of poetry After the Formalities will be published by Penned in the Margins in 2019. @Anthony1983

MOMTAZA MEHRI is a poet, essayist and editor. She is a Complete Works Fellow, New-Generations African Poet and 3rd prize winner of the 2017 National Poetry Competiton. She is the Young People’s Laureate for London. @RuffneckRefugee

HANNAH SULLIVAN lives in London with her husband and two sons and is an Associate Professor of English at New College, Oxford. She received her PhD from Harvard in 2008 and taught in California for four years. Her study of modernist writing, The Work of Revision, was published in 2013 and awarded the Rose Mary Crawshay Prize by the British Academy. Her debut collection, Three Poems is shortlisted for the 2018 T. S. Eliot Prize and the Costa 2018 Poetry Award.

RACHAEL ALLEN is the poetry editor at Granta magazine, co-editor at the poetry press clinic and of online journal tender. A pamphlet of her poems was published as part of the Faber New Poets scheme. Her first collection, Kingdomland, is published by Faber in January 2019. She has published two books in collaboration with visual artists, Jolene with Guy Gormley (Matchsticks Books) and Nights of Poor Sleep with Marie Jacotey (Test Centre). She is the recipient of an Eric Gregory award and New Writing North’s Andrew Waterhouse award. @r_vallen

JACK UNDERWOOD is a poet, who also writes short fiction and non-fiction. A recipient of the Eric Gregory Award in 2007, he published his debut pamphlet in 2009 as part of the Faber New Poets series. His first collection Happiness was published by Faber in 2015 and was winner of the 2016 Somerset Maugham prize. He is a lecturer in creative writing at Goldsmiths College and is currently writing a non-fiction book about poetry and uncertainty. Solo for Mascha Voice/Tenuous Rooms was published by Test Centre in 2018. @underwood_jack

Thank you for listening to the Faber Poetry Podcast. Catch up on our previous episodes here or wherever you listen to your favourite podcasts. Don’t forget, if you like our show you can subscribe, rate and review us on iTunes. 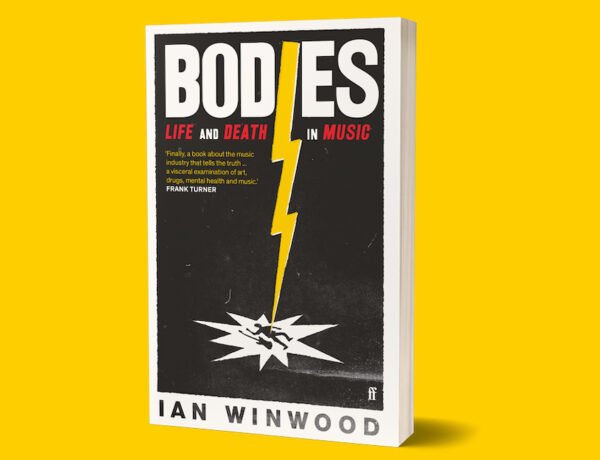 Behind the Book: Bodies by Ian Winwood

Author and music journalist Ian Winwood reflects on the experience of writing and publishing Bodies: Life and Death in Music, …