Books to curl up with this autumn

It’s back-to-school season, and the long, cosy evenings mean we’re craving new reads. We asked our authors and our staff what they’ve placed on their bedside tables: from killer crime to thought-provoking essays, here’s the Faber autumn reading list.

Petina Gappah’s Rotten Row is a collection of interconnected stories and, according to Helen Simpson, the book ‘does for Harare now what Dickens did for Victorian London’ which makes it right up my strada.

The preface of Rachel McCormack’s debut Chasing the Dram is so hilarious I nearly fell out of bed laughing, and I can’t wait to read the rest of this non-fiction exploration of ‘what whisky means to Scotland and what Scotland means to whisky.’

I love Jacob Ross’s short stories and his debut novel Pynter Bender, so am really looking forward to The Bone Readers, which is the first in a trilogy of crime novels set in Grenada. I’m practically salivating.

The Book of Chocolate Saints by Jeet Thayil

These (insanely gorgeous) proofs just hit our desks – plus bonus chocolate coins – and I’m so looking forward to properly spending time with this beautiful, dangerous, and hypnotic novel this autumn.

Blood and Guts in High School by Kathy Acker

I was too excited by Penguin reissuing this cult beast, and I feel like September’s back-to-high-school vibe is the perfect excuse to reread Acker’s brilliantly raw, surrealist, and tender mash-up. (Those sketches!)

Isn’t she just the queen of literary essays? Why isn’t she as famous as Joan Didion? Can I ever be as stylish as her? To answer all these questions I can’t wait to hang out with Hardwick by reading the NYRB‘s lovely brand new edition of her collected prose.

Lizzy Goodman, author of Meet Me in the Bathroom

We Were Eight Years in Power: An American Tragedy by Ta-Nehisi Coates

It makes me happy that including this feels like a cliché; that means that at least among my demographic (privileged progressive lit/rockers) contending with the results of last year’s election (and figuring out how to respond) has become a regular part of everyday life. Coates has long been one of my favourite cultural critics – he has what I think is the central gift of all great artists: the ability to use his/her chosen form to transcend the boundaries of said form. Coates is ‘writing’ but really he’s just feeling through words, and you’re feeling right alongside him. What I’m saying is that this collection of essays is going make me think and it’s going to make me cry, and I’m looking forward to both.

There is simply no living novelist who is as simultaneously inventive and as grounded in the primal art of storytelling as Egan. Her rapturously received last work, A Visit from the Goon Squad, was experimental in that way where people talked about it at bars (at least in NYC) like reading it was akin to seeing a UFO; you couldn’t believe it was possible but there it was anyway. This one is the complete opposite, a seemingly straight forward historical novel. I mean, WHAT??? It’s like she’s Bowie and Springsteen at the same time.

I’ve never read this classic, but I’m told it’s a kind of bible of propulsive storytelling. Leonard is the one who famously said, ‘when you write, try to leave out all the parts readers skip.’ I think that sense of brutal economy is what made his books so great when adapted to the big screen. As someone currently working on turning Meet Me in the Bathroom – a 600+ page book – into a TV show, I’m just looking to learn a little something from the master.

Our Fathers, Andrew O’Hagan’s first novel. Set in a 24-storey tower block and about the slippage of dreams from one generation to another, it feels desperately timely.

Jenny Erpenbeck’s Go, Went, Gone. I picked up an early reading copy from New Directions in New York because I read The End of Days a few years ago and just thinking about her writing still takes my breath away.

Attrib., a story collection by Eley Williams that comes garlanded with praise. Chris Power keeps harping on about this and his reading exhortations are not to be trivialised.

(September is normally a more non-fiction month for me but sometimes the facts are too depressing.)

Peter Swanson, author of The Kind Worth Killing and Her Every Fear

A Legacy of Spies by John Le Carré. I’m always excited for a new Le Carré and I’m doubly excited for the return of George Smiley.

Condominium by John D. MacDonald. With the hurricane season in full force, I’ve been wanting to re-read MacDonald’s greatest novel, Condominium, about the smallness of humans in the face of devastating nature.

Sleep No More by P. D. James. Having thoroughly enjoyed The Mistletoe Murder and Other Stories last year (I read it on Christmas Eve), I am very excited for more short stories from the late P. D. James.

Having read Disgrace for the second time this summer, I’d like to go back and (re-)read everything J. M. Coetzee has ever written. I’d also like to read The Sparsholt Affair by Alan Hollinghurst.

The Silent Companions by Laura Purcell. I love a creepy, gothic ghost story, especially in the winter, and this book looks perfectly spooky and wonderful.

The Legend of Podkin One-Ear by Kieran Larwood. There’s a magical snowy world, and a heroic bunny trying to save rabbitkind from an evil menace. What’s not to love?

A Skinful of Shadows by Frances Hardinge. I’ll always eagerly gobble up any new book from Frances Hardinge, and this one sounds like yet another gem, with ghosts, mystery, secrets and a rich historical setting.

Meet Me in the Bathroom by Lizzy Goodman

I’m rationing my intake of this oral history of the New York music scene through the noughties. It’s brilliantly edited: just like that first Strokes record there’s zero fat on it. In fact it goes down so easily I’d happily consume the thing in a day, but I want it to last. Beyond the pure entertainment it offers, the great and touching thing about the book is that it captures the arc of so many art movements: a bunch of very talented people (and some complete chancers) all briefly heading in the same direction and enjoying tremendous success before turning on one another, making some disastrous life choices, and winding up with gout. Or worse.

My shelves are crowded with books eagerly acquired then left unintentionally unread. The one that’s calling most loudly to me right now is Mohsin Hamid’s new novel, which I bought as soon as it came out. I’m intrigued by his idea of approaching the refugee crisis via the concept of wormholes linking the unnamed city Hamid’s heroes, Saeed and Nadia, live in with the rest of the world. Hamid’s idea, from my partial understanding (I’ve not read a page of it yet) daringly skips over the perils of transit to focus instead on the interruptive experience of entering a new culture where the stabilising links many of us take for granted – friends, family, an intuitive understanding of the way society works – are completely stripped away.

Now the book’s on the Booker shortlist, which is great to see – even thought it makes me feel worse about not having read it yet. I can’t believe Reservoir 13 and The Underground Railroad aren’t standing there alongside it, but that’s a discussion for another time.

A Life of Adventure and Delight by Akhil Sharma

I started reading this excellent short story collection earlier in the year, but broke off to complete the edits on my own collection. In fact I denied myself any fiction all summer, worried that anything too good might try and force its way into my manuscript. If any book were going to do it, it would have been this one. Sharma’s prose is so clear and uncluttered, his sense of psychology so acute, and the twists and turns of his narratives so audacious – sometimes humorously, sometimes horrifyingly – that his stories have a long half-life. Edits done, I can go back to them and be amazed and overcome without needing to stress about it.

All My Puny Sorrows by Miriam Toews

Miriam Toews is a writer I hear people mention a lot and yet I’ve never read any of her work. A colleague has ​heartily ​recommended AMPS so that’s where I’m going to start. The first sentence is particularly good (and intriguing)​ so I’m feeling hopeful.

There’s something about ​September which makes me keen to read more non fiction and feel like I’m learning something. The author’s experience and expertise on the subject (she was raised on the biggest council estate in Europe) should give some good insight into the ever-relevant issue of where and how to house people.

I’m attempting to read this year’s Booker longlist and Swing Time is next up. I am ashamed to admit I’ve also never read any Zadie Smith (100 pages of NW doesn’t really count) so this feels like a fortuitous coincidence. The Guardian called it a ‘best friend bildungsroman’ and that sounds like just the kind of thing I can sink my teeth into during some evenings of hibernation.

Alex Hourston, author of In My House

London and the South-East by David Szalay. I loved last year’s All That Man Is and have been working my way back through his novels.

Sugar Money by Jane Harris. She’s a master of voice and withheld information.

Manhattan Beach, the new Jennifer Egan. We’ve been waiting seven years for this!

Each of Jenny Uglow‘s masterful books shines a vivid, often surprising light onto past lives. As with her other lives of great artists, Hogarth and Bewick, this book looks set to reveal an extraordinary tale of one of England’s most under-rated, unknown and eccentric of artists Edward Lear. Animal painter, watercolorist, landscape artist, inveterate and restless traveller, friend of the Alfred and Emily Tennyson, writer of nonsense – it looks fascinating. It’s also a magnificently beautiful object in itself.

Ravilious and Co by Andy Friend

The recent rise in popularity of the print and decorative artists of the ’20s and ’30s has given rise to this group portrait of the artists that emerged in Britain after World War One, centring on the charismatic figure of Eric Ravilious. It’s a wonderful period in British art, and another ravishingly beautiful book.

The End of Days by Jenny Erpenbeck

Given that my other two choices are weighty books, my most eagerly awaited paperback commuter read is a backlist novel by one of Europe’s most audacious writers, East Berliner Jenny Erpenbeck. Her new book Go, Went, Gone is just publishing in English, but I’ve heard such great things about this novel that I’m going to start discovering her work here. 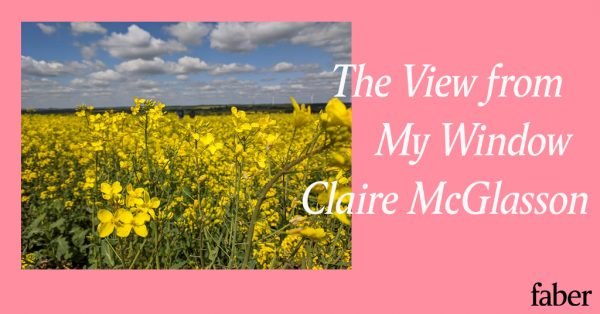 The View From My Window | Claire McGlasson
Feature
Read More 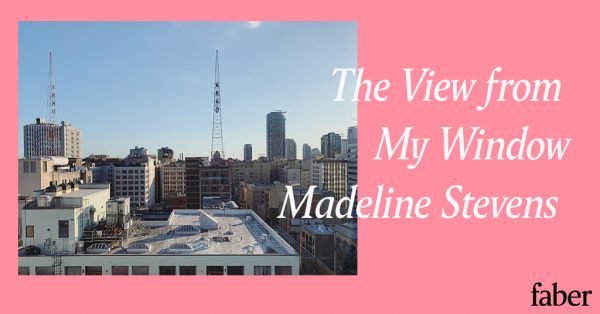 The View from My Window | Madeline Stevens
Feature
Read More 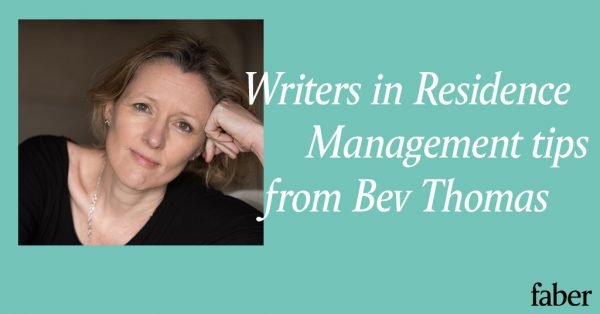 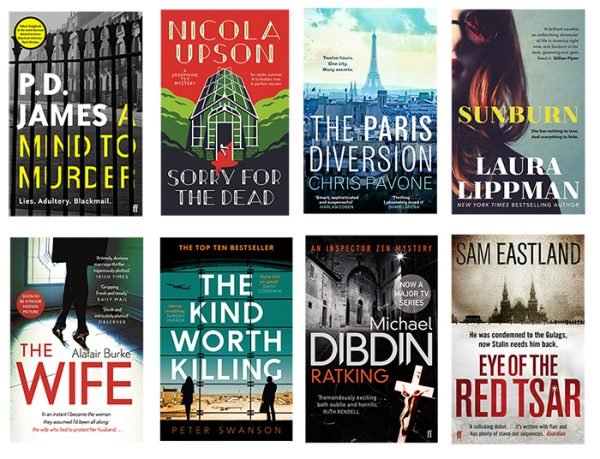