The idea for On Midnight Beach came as I was about to go to sleep one night. The story appeared already set in the seventies and my brain refused to let me shift it. It took me a while to figure out why.

The most obvious reason why the story set itself in the seventies is because that’s when my own teen years were set. I turned fourteen in 1976 and went to the Gaeltacht that June. The Gaeltacht (Irish language college) is a rite of passage for Irish teens. Think American summer camp, but speaking Irish. It’s basically a month where a heap of the fourteen to eighteen year-olds from your home town are transposed to a remote area in the west of Ireland and let loose – minus parents, plus sea, sand and dancing. There’s lots of time to get lost somewhere on the byroads between classes or when cycling back from the céilí to your host house late at night. 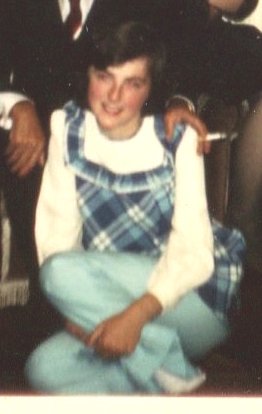 That June a heatwave hit. Temperatures soared across Europe, even Ireland was coloured red on the weatherman’s nightly map. We wore t-shirts and shorts every single day. We slept with every window wide open. The tarmac melted, there was water-rationing. It was a summer like the summers in movies and Ireland was flipping Italy. With time it has become a legendary summer, so using it as the setting for a reimagining of an Irish legend was a natural fit. 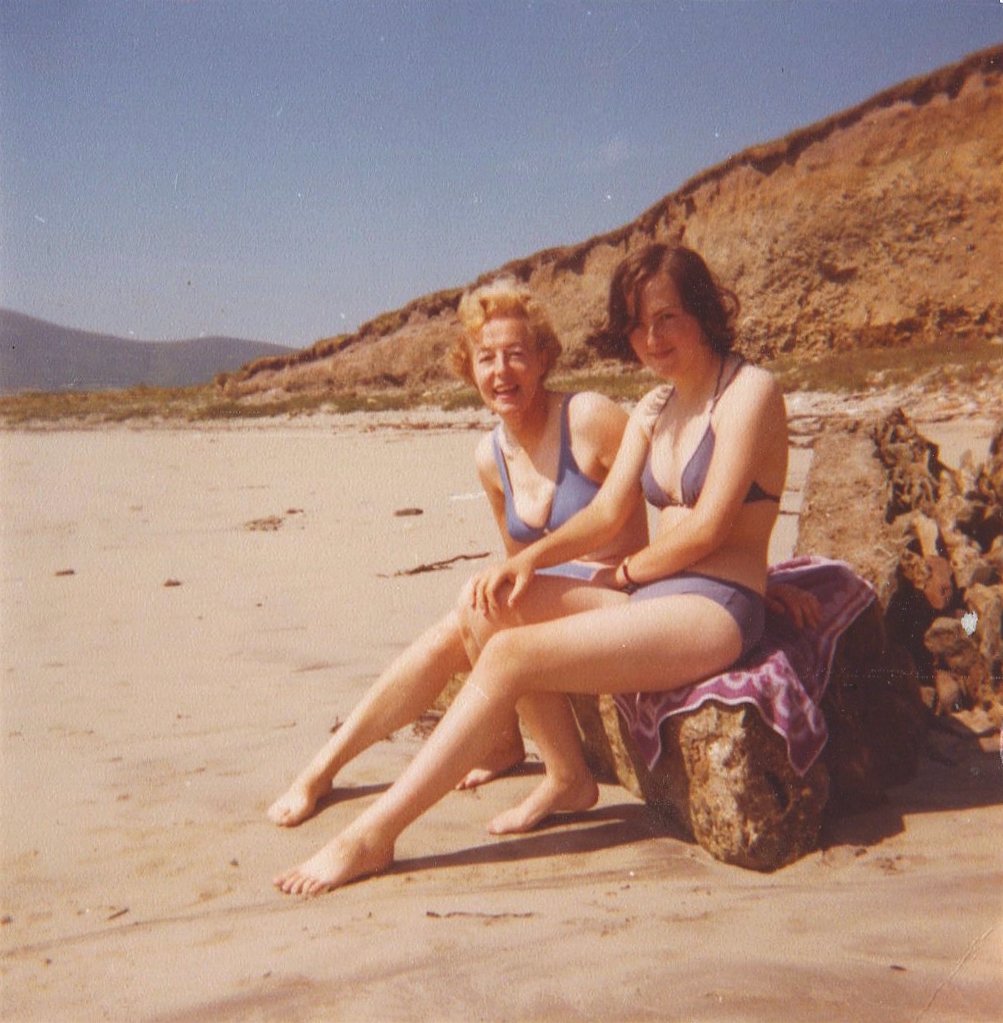 Marie-Louise Fitzpatrick and her mum on the beach in the seventies.

The legend I am reimagining in On Midnight Beach is called the Táin, which translates as ‘the raid’. An Irish rock band called The Horslips released a concept album called The Táin in 1973, my sister had a copy. We played it until the needle wrecked the grooves.

These are the memories and circumstances which collided in my brain, serving up the story set in that special summer. But there are practical writerly reasons for setting it then too. For a start, there were no personal computers, no smart phones, no Wi-Fi. Yay! Our present-day world of constant connection and instant access to information can be a real plot strangler. But more importantly, I know exactly how teenagers spoke, dressed and acted in Ireland in 1976. On Midnight Beach has a love story at its heart, my first attempt as a writer to write love scenes and evoke raging hormones with words. I was really nervous about whether I could do it convincingly, then I realised the easiest way would be to slip back into my own teenage skin and write from there. 1976 was the summer of my first boyfriend, my first French kiss. I could write about first love – so long as it was dressed in frayed bellbottom jeans.