Our next ‘My Favourite Indie’ comes from Alex Hourston, the author of the absorbing novel Love After Love, as she takes us on a transformative journey to Paris in 1992 and her discovery of the majestic Shakespeare and Company bookstore: a place where the mythology and history surrounding it holds as much weight as the books within. In 1992 I was nineteen, and halfway through my year off, as the gap year used to be known. I had no plans – no destination or anyone to go with – and was folding brochures in a printing factory and saving slowly. Then one night, in the pub, word came of an employment opportunity abroad. Some boys we knew had found jobs at the soon-to-open Eurodisney. Tons of work, decent pay, slightly weird, but whatever.

The logistics of what happened next escape me, but days later, a friend in a borrowed car drove me and two others to Paris. There was a prang en route which is another story but we arrived in one piece at our underground sub-let, full of someone else’s stuff and were delighted with it. Next day though, disaster. All ‘cast members’, as employees were known, had been cast. Without work, we were going home. We had a week or two, at best.

The inviting sight of the Shakespeare and Company window. Photo by Bonnie Elliott

Next day, on a river walk, I came across Shakespeare and Company. I can’t describe the shop accurately – it was twenty-five years ago and I’ve never been back – but I remember its incongruity on the street, ramshackle, rough-painted and ancient. The bright yellow signage and the wonky lettering.

There was a courtyard with some chairs at the front and before I’d even entered, books everywhere. They were piled in the windows and filled plastic crates and cardboard boxes on the pavement. Inside, the effect was amplified. Just so many books, crammed on thin wooden shelves, floor to ceiling in these little rooms, each leading to the next, upstairs and down. There was a glass chandelier and velvet curtains. Vases of flowers, rough paintings, pinned notes. Ephemera alongside the most important texts.

I can’t name a title I picked out, let alone bought; the impression, instead, was of a kind of fairy-tale abundance. I’d never been in a shop like it, or seen things for sale treated with such irreverence, familiarity and love, but that is one of the things about the place. It just doesn’t feel like a shop. At some point, I came to understand there were rooms upstairs – people could stay! There were performances! I began to get an inkling of its depth and past. I was intimidated, I’m not going to lie. I was a fairly green teenager without a bohemian bone in my body but also an avid bookworm about to start an English degree and the place simply spoke to me. It seemed to promise a kind of life that hadn’t seemed possible until then. A bookish life, maybe even a writer’s life.

I know, now, that this happens to everyone. I’ve read others describe ‘the magical happenstance’ of finding the shop, and that’s just how it felt. It took me twenty-odd years to get anywhere close to the vision I first imagined there, but something began, for me, in Shakespeare and Company. It’s a very special address. 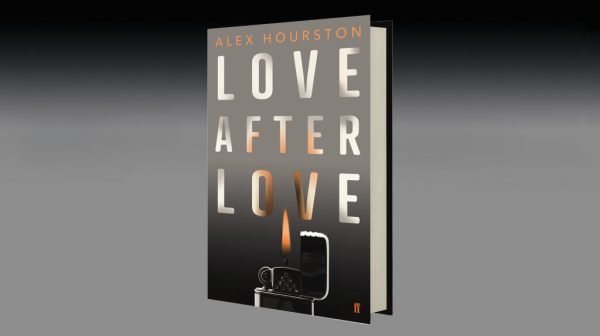