This month we take a trip to Brooklyn, New York, for our latest ‘My Favourite Indie’, with Adam Sternbergh, author of Shovel Ready, Near Enemy and the newly published dystopian-meets-utopian Western, The Blinds. As the cultural editor of New York magazine, he has a deep connection with the area, making his decision all the more intriguing (and difficult) to reach. Over to the author . . .

I have to confess that selecting a favourite independent bookstore is a seemingly simple task that nonetheless paralysed me. Not because I had trouble thinking of one — quite the opposite. Living in New York (specifically, in Brooklyn), I’m in a fortunate, and all too rare, situation in that I have several great indie stores from which to choose. (My travels elsewhere in the USA indicate this is increasingly not the case.)

So, for me, the challenge is choosing just one from among many beloved and worthy candidates. In the end, the exercise feels a bit like someone saying, ‘Choose your favourite ex-girlfriend or boyfriend, and why.’ They all have quirks and qualities I love and admire!

So do I go with the late, lamented BookCourt in Brooklyn, my first neighbourhood store in New York and the place where I held my first book-launch party, but which closed recently when the owners retired? Or should I go with its somewhat enchanted neighbourhood replacement, Books Are Magic, which opened just recently under the ownership of a former BookCourt employee (and renowned novelist) Emma Straub? Do I go with the legendary Strand? Or the cluttered and indispensable new-and-used shop Unnameable Books? (The store’s name has a fantastic backstory.) Or go with Three Lives, the most picturesque bookstore in all of Manhattan, still thriving against all odds in one of the priciest neighbourhoods in New York?

In the end, I choose McNally Jackson, for several reasons. One, I’m originally from Canada — and so is Sarah McNally, the store’s owner/proprietor. Her parents run a renowned bookstore in Winnipeg called McNally Robinson. When Sarah’s store of the same name opened in Soho a decade ago (it was later renamed McNally Jackson, for Sarah’s then husband Chris Jackson), it seemed like an impossible, miraculous gift. How unexpected, at this late date in history, to find not only a smartly curated indie bookstore nestled in among some of the most rarefied boutiques and expensive real estate in the world — but an enormous one at that! Two floors! Along with a charming cafe and endless shelves of lovingly chosen books. For me, McNally Jackson represents the best of bookstores past, present, and future. It’s not only a great bookseller, but the store has become a gathering place for locals and visitors alike, a cultural hub in a city where such places are increasingly endangered. Plus, the store features one of my favourite distinctive oddities: A fiction section divided, idiosyncratically, by the author’s country of origin. (Origin, here, is loosely defined, which is part of the fun.) So if I’m ever in the mood for a Canadian — or Jamaican, or Japanese, or French — author, such reads are exceedingly easy to find.

McNally Jackson understands that, in an era when you can acquire any single book at the click of a mouse, a bookstore can offer something better, and more nourishing — a chance to browse, linger, get lost, and put yourself in the able hands of experts who love books as much as you do. 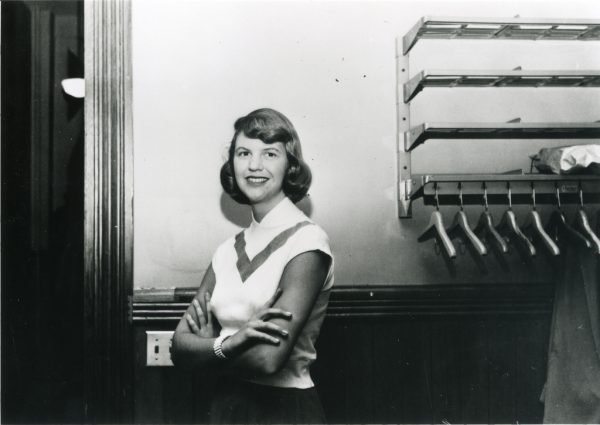 Faber will publish ‘Mary Ventura and the Ninth Kingdom’, a previously unpublished story by Sylvia Plath, as part of the …