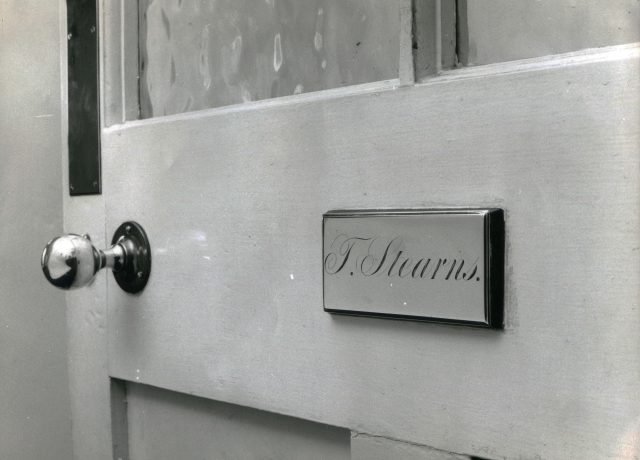 Faber & Faber was founded nearly a century ago, in 1929. Read about our long publishing history in this decade-by-decade account.

In the autumn of 1929, a pamphlet in a bold orange cover announced the publications of a new company: ‘Faber and Faber’.

The lead item was Siegfried Sassoon’s Memoirs of a Fox-Hunting Man, first published anonymously the previous year. Now it came with its author’s name declared, in an edition handsomely illustrated by William Nicholson and garlanded with the Hawthornden Prize.

The catalogue was able confidently to pronounce it a ‘now famous book . . . already a classic’. A popular success (six months after its first appearance it was being reprinted for the eighth time), it was also a work that was critically admired.

The Faber & Faber catalogue for Spring 1930 was clothed in bright yellow and announced both the company’s belle-lettristic inclinations and its commitment to modernist achievement.

So it included, on the one hand, Edith Sitwell’s celebratory Alexander Pope and, on the other, Stuart Gilbert’s exposition of James Joyce’s Ulysses, a work still banned from entering the country.

Laden with lengthy quotations, this was advertised as ‘the only substitute for the masterpiece itself’. It was indeed a near-official account.

The Second World War affected Faber & Faber, and the books it published, in many ways.

There were simple problems unknown before, like the search for sufficient paper to maintain its output. Yet there was also an increased appetite for books, as a result of which the company was able to sell out almost every title published, achieving financial stability for the first time. In 1940 the company was publishing some 180 titles, three times as many as a decade earlier.

As President of the Publishers Association, Geoffrey Faber was influential in campaigning to have books exempted from the wartime purchase tax, which would have severely hampered the publishing industry in general and his company in particular.

By 1950, Faber & Faber had weathered depression, recession and war and had managed to grow.

In the first years of the decade its literary commitment seemed as serious as ever. In 1950 it published T. S. Eliot’s The Cocktail Party, W. H. Auden’s Collected Shorter Poems and Robert Lowell’s Poems, 1938-1949. The next year saw The Letters of Ezra Pound 1907-1941, a reprint of Pound’s The ABC of Reading, and, an early sign of an interest in literary criticism, Hugh Kenner’s The Poetry of Ezra Pound.

It is extraordinary that, as the 1960s began, three of those original Faber and Gwyer directors – T. S. Eliot, Richard de la Mare and Sir Geoffrey Faber (he had been knighted in 1954) – were still directors of Faber & Faber.

Eliot, however, was suffering ill health and becoming less involved in the company.

Sir Geoffrey Faber meanwhile gave way to Richard de la Mare as Chairman in 1960, taking up the newly created post of President. Faber died the next year. There has always been a Faber family member – and representative of the family company Faber Holdings – on the board of Faber & Faber.

In 1971 the cover of the Faber & Faber Spring and Summer Catalogue proudly displayed an artist’s impression of the company’s brave new building at 3 Queen Square.

The old premises at 24 Russell Square were being repossessed by London University (much modified, they are now part of SOAS University of London). As if to suggest that Faber authors or staff might find the move a bit of a wrench, the back cover of the catalogue displayed a map of how to get to the new premises from the old (a distance of some 200 yards).

The next year Robert McCrum, who had arrived in 1979 from Chatto, became Editorial Director. Though the company had advertised for a commissioning editor in the hope of revivifying its list, it still had its intimate, singular ways of making appointments. Once upon a time it was lunch with Geoffrey Faber at All Souls; McCrum found himself with a job after a Coca-Cola with Matthew Evans at the Algonquin in New York.

To the literary historian, the obvious landmarks of the 90s are the achievements of long-established writers.

It was also the decade that gave its glittering prizes to the two most famous Faber poets of the period: Heaney and Ted Hughes.