Wallace Stevens, of Pennsylvania Dutch descent, was born in 1879. He studied at Harvard and worked briefly as a journalist, before going on to study law. In 1908 he began working for the legal department of the Hartford Accident and Indemnity insurance company, in Connecticut, of which he became vice-president in 1934. He died in Hartford in 1955. 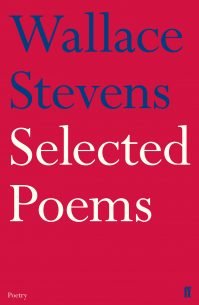 In this Selected Poems, Wallace Stevens demonstrates the range of his achievement, from the whimsical and exotic lyrical inventions of Harmonium…

This collection of the work of one of the greatest modern poets was first published in America in 1954. The Collected… Harmonium was Wallace Stevens’ first book, and contains much of the poet’s finest work, bright with the strange brilliance for which…