Born in 1962 in Moscow, Victor Pelevin has swiftly been recognised as the leading Russian novelist of the new generation. Before studying at Moscow’s Gorky Institute of Literature, he worked in a number of jobs, including as an engineer on a project to protect MiG fighter planes from insect interference in tropical conditions. One of the few novelists today who writes seriously about what is happening in contemporary Russia, he has, according to the New York Times, ‘the kind of mordant, astringent turn of mind that in the pre-glasnost era landed writers in psychiatric hospitals or exile’.$$$His work has been translated into fifteen languages and his novels Omon Ra, The Life of Insects, The Clay Machine-Gun and Babylon, and two collections of short stories, The Blue Lantern (winner of the Russian ‘Little Booker’ Prize) and A Werewolf Problem in Central Russia, have been published in English to great acclaim.$$$Victor Pelevin was selected by the New Yorker as one of the best European writers under the age of thirty-five. 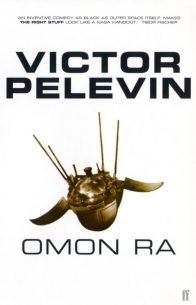 Victor Pelevin’s unforgettable first novel, Omon Ra, is the story of a young man who always dreamt of becoming the ultimate… 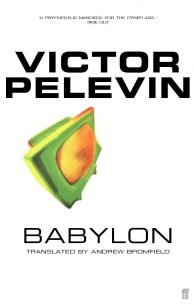 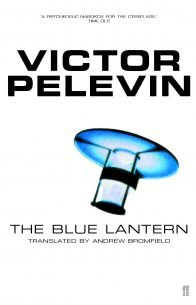 The Blue Lantern by Victor Pelevin is a collection of short stories which sidestep the world we take for granted, to… 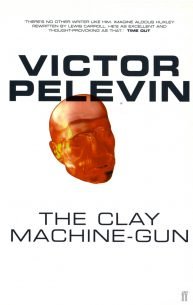 The Clay Machine-Gun is a novel rich in hilarious paradox. Pelevin himself has described it as ‘the first novel in world… Set in a crumbling Soviet Black Sea resort, The Life of Insects with its motley cast of characters who exist simultaneously…