This was followed by his successful television series Wild Tracks, which spawned two books connected to the series.

Since publishing Conquerors of Time, he has written two volumes of Sea Stories. 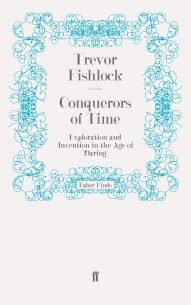 Conquerors of Time celebrates 150 years of courage, energy, innovation, resourcefulness and grand ideas, from the late 17th century to the…