Tom Paulin was born in Leeds in 1949 but grew up in Belfast, and was educated at the universities of Hull and Oxford. He has published nine collections of poetry as well as a Selected Poems 1972-1990, two major anthologies, two versions of Greek drama, and several critical works, including The Day-Star of Liberty: William Hazlitt’s Radical Style and, most recently, Crusoe’s Secret: The Aesthetics of Dissent. His most recent collection of poems is Love’s Bonfire (2012). Well known for his appearances on the BBC’s Newsnight Review, he is also the G. M. Young Lecturer in English Literature at Hertford College, Oxford. A brilliantly varied and utterly compelling new selection from Tom Paulin, one of the defining voices of his generation. 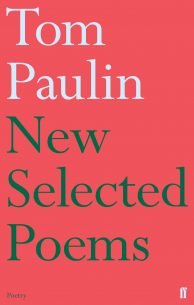 These New Selected Poems of Tom Paulin showcase the work of one of the defining voices of his generation, brilliantly varied… 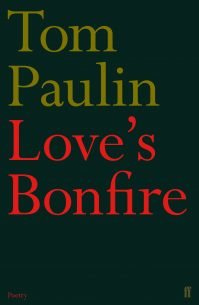 Love’s Bonfire is the much anticipated new collection of poetry from Tom Paulin. Tom Paulin’s A Secret Life of Poems: A Poetry Primer is an encounter with some of the most celebrated poems in… 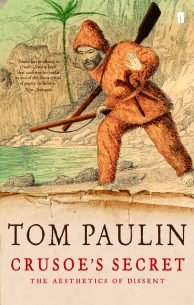 Crusoe’s Secret: The Aesthetics of Dissent by Tom Paulin is an illuminating collection of essays on major authors and texts from… This selection of D. H. Lawrence poems, chosen by Tom Paulin, is one of six new additions to the acclaimed Poet… 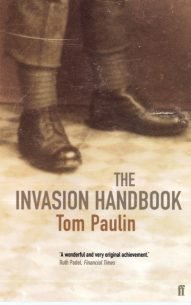 In The Invasion Handbook Tom Paulin sets out to recount the origins of the Second World War. The result is a… The Faber book of Vernacular Verse, edited by Tom Paulin, speaks for an alternative tradition – one that finds its outlet…